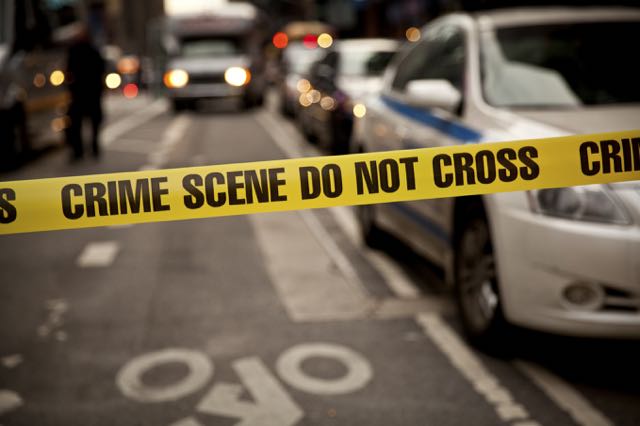 A tweet, for some, isn’t enough. Social media’s apprehension to believe, or rather to trust in, the Charlotte-Mecklenburg Police Department begs a bigger conversation.

Last week, in response to a growing belief online that a serial killer is targeting Black women in Charlotte, CMPD released a series of tweets denying connections between the deaths.

Here’s why some people online are unsatisfied with that response.

A historied lack of trust

A Gallup survey in 2021 found that only 27% of Black people reported having “a great deal” or “quite a lot” of confidence in the police.

There’s a long history of tension between the police and Black communities. Much of that history involves aggression, racial profiling, abuse and even murder. And a large part of that story remains current, like the recent findings by Mapping Police Violence that Black people accounted for 27% of deaths by police, despite making up 13% of the population in 2021.

Today, there is still a deep mistrust of the police by Black people, and interactions between the two have largely remained uncomfortable.

Another reason a portion of the public questions the denial is because of statistics involving crime against Black women.

A 2020 investigation of crime rates by The Guardian found that, in the U.S., around five Black women were killed every day. The same study concluded that Black women in the U.S. are four times more likely to die by violence than White or Hispanic women, despite the media’s tendency to sensationalize cases involving white women.

The Guardian also reported that law enforcement is less likely to know the relationship between Black women and their killers. In nearly half of the cases studied in 2020, a Black female victim’s relationship to the offender was reported as “unknown,” compared to 22% of that finding in cases involving white female victims.

This, to some, begs the question of the depth of investigation regarding cases involving Black women victims.

Locally, these specific statistics are a bit harder to find.

In addition to a culture of mistrust due to racism by police and overwhelming statistics regarding violence against Black women, there’s also a relevant local example causing some people to second-guess CMPD’s response: Henry Louis Wallace.

Henry Louis Wallace, who murdered 11 Black women between 1992 and 1994, over the course of two years, went largely unnoticed by CMPD.

Wallace took the lives of 10 women in Charlotte and one in South Carolina before finally being arrested in March 1994 and confessing to each of the murders. The majority of the women were in their 20s, a commonality shared by some of the victims recently referenced on social media.

The department, at the time, expressed remorse to the public for not seeing the connections between the cases sooner, acknowledging that they could have saved lives.

Mecklenburg County’s current sheriff, Garry McFadden, appeared on an episode of A&E’s “True Crime” about the murders. At the time of Wallace’s crimes, McFadden was a CMPD detective and said that the department was working under “very difficult conditions,” including a high rate of murders due to a drug epidemic and small team size.

Dee Sumpter, mother of one of the victims and founder of Moms Against Murdered Offspring, also appeared in the show. Of police efforts, she said, “They didn’t give enough value to Black women’s lives. It just didn’t matter to them.”​​

Beyond Charlotte’s tragic 1990’s example of targeted violence against Black women, similar instances have been reported in other parts of the country.

One example is an ongoing belief that a series of 50 murders in Chicago are the crimes of a serial killer. The victims are all Black women who died by strangulation. Some believe the deaths are connected, but Chicago police have denied this. In a statement to a Chicago news channel, the department said, “There is no evidence linking the cases to each other or to suggest there is a serial killer responsible.”

Another example, in Kansas City, Missouri, involved similar rumors of a serial killer targeting Black women in a specific neighborhood. The Kansas City police initially denied these rumors and said that they were “completely unfounded.” The police took this stance until last month, when a woman who had been kidnapped escaped and was able to share her story.

The disappearances and murders of Black women have, historically, been treated with less care or regard by both the media and some police organizations.

One other reason the online community may be putting their faith in social media over police work might be because of the rise and even success of some internet sleuths.

Internet sleuths are people who search for information on the internet, typically to complete a sort of home-grown detective work. They’ve received a lot of attention in recent years.

From the Netflix documentary on successful web sleuths, “Don’t [expletive] with Cats,” to other examples of online users working together to attempt solving cases, there’s an idea online that web users can somehow fight crime. While relatively uncommon, some internet sleuths have made connections that resulted in arrests and even convictions.

Though CMPD refuted the claims made in a now-viral video by stating the video is spreading misinformation, people online continue to attempt to make connections about the deaths on their own.

As CMPD seems to stand firmly against rumors of a local serial killer targeting Charlotte’s Black women, the historical, cultural and current implications that guide some people to distrust the source is important to consider.