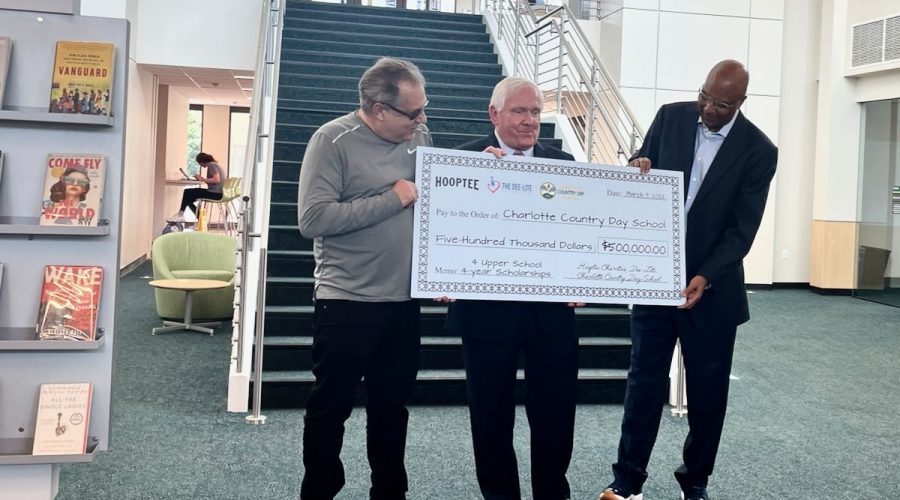 Henry Shaw remembers his wife as someone who loved children. So when Denise Shaw died more than two years ago, her husband began looking for ways to honor her life and her memory.

On Monday, a result of that effort was announced at Charlotte Country Day School.

Shaw, who owns a minority stake in the Charlotte Hornets, will join team President Fred Whitfield to provide scholarships so that four students from “underrepresented backgrounds” can attend the private school in south Charlotte.

All told, the scholarship packages will total $500,000, the school announced.

“The best way to fix the world’s problems is the youth of America and getting them well educated,” Shaw, who lives in New York, told Qcity Metro during a visit to Charlotte. “It made all the sense in the world; let’s get as many kids in this and give them an opportunity. They are our future.”

The scholarships will pay for four rising freshmen to attend Charlotte Country Day for grades 9-12, beginning this fall. The awards will include tuition, fees, books, athletic costs and more.

The school will select two boys and two girls to receive the scholarships, the school said.

Officially, the scholarships will be awarded by HoopTee Charities, founded by Whitfield; Dee-Lite Foundation, founded by Shaw to honor his late wife; and Charlotte Country Day School. (Neither charity is affiliated with the Hornets.)

The idea of providing scholarships came about gradually, through casual conversations between Whitfield and Shaw. The two men had become friends through their mutual association with the Hornets.

Originally, Shaw said, he thought of honoring his wife by highlighting the need for more organ donors. When Denise Shaw died, she was in need of a heart transplant. But after talking with Whitfield, Shaw’s focus shifted to helping students.

At first the men discussed helping send kids to college. Then Whitfield suggested they help kids earlier by giving them access to a great education that would then help them get into college.

“We started talking about how we might be able to create unique opportunities for some underserved kids, diverse kids, kids who normally wouldn’t be able to afford the great education you can get here,” Whitfield said, speaking from the John and Claudia Belk Upper School Learning Center on the Charlotte Country Day campus.

“We really took our time to think about how we might be able to make the biggest impact,” he said.

Said Shaw: “The idea grew and grew, and we came up with the idea of getting kids who have great minds and getting them a great education.”

As fate would have it, the charities already had ties to Charlotte Country Day, which, like some other private schools in the region, has been working to build a more diverse and inclusive campus environment.

In a statement, Mancos said the school is grateful to build on its relationship with HoopTee Charities.

“Charlotte Country Day School is committed to diversity, equity, inclusion and belonging, and we believe that diversity is key to individual achievement, educational excellence and the advancement of knowledge,” he said.

When choosing scholarship recipients, the school will follow its standard admissions process, according to a statement. Students will be selected based on academic aptitude, not athletic ability.