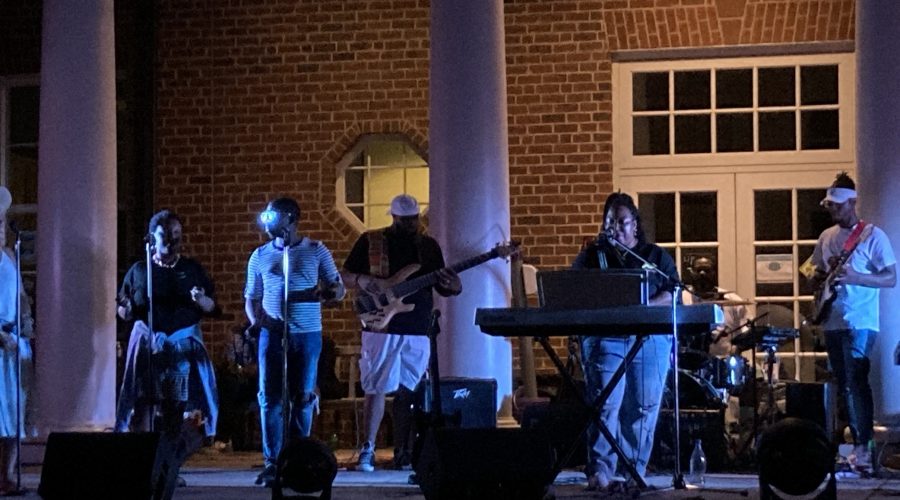 While serving in the military in the early 2000s, Dr. Flores Tochihuitl, known by her stage name Dr.T, joined a performing arts group where she would act out skits across the Carolinas.

She said people would often express to her how her performances helped them through a difficult time. Now, she wants to provide that same experience to those in Charlotte.

“I just want to be a blessing,” the Texas native told QCity Metro, “and I think that’s the most rewarding part, when you can hear that you blessed somebody.

On Sunday, Dr.T, in partnership with Jazz N Soul Music, will host “SOULFLO Christmas,” a show to highlight local artists and get guests in the holiday spirit.

Located at Studio 229, the show will feature live music, storytelling and spoken word. (Musical performers will include Vincent J. Kelley, JH3, and the SOULFLO Band.)

The idea for SOULFLO was created after Dr.T met Greg Willingham, the founder of Jazz N Soul Music, in 2015. Willingham was known for hosting jazz shows, but after learning of Dr.T’s acting experience, he asked her to help him produce a play.

“He took a chance on me, and we sold out; we had a wonderful run,” she said.

After two shows at the Duke Energy Theater in 2016, Dr.T wanted to create an event that she could host more often.

“Rather than planning a play every year and only doing one event, SOULFLO came out of that where we could do multiple events,” she said.

Dr.T hosted the first SOULFLO event at Morehead Tavern in March 2018 and continued the event quarterly throughout Charlotte and the surrounding area. Each event featured three local artists.

The show grew in popularity and reached near-capacity at each venue, she said.

“We were doing well, and we had avid SOULFLO goers,” she said.

In 2020, the partners canceled their shows because of Covid-19. And though disappointed, Dr.T said, she used that time to prepare for what would come next.

“There was always a look to the future. We were in discussions about when we would come out of [quarantine],” she said

Dr.T brought SOULFLO back on Juneteenth with the title “The Return of Flo” — an outdoor event at the Village Green in Davidson.

“One of the things I endeavor to do is educate and edify,” she said. “If I can entertain you at the same time, that’s even better.”

“SOULFLO Christmas” will have two showtimes: 4:30 pm and 7 p.m. Tickets can be purchased at Aftontickets.com.

In keeping with pandemic protocols, visitors are asked to practice social distancing and wear face coverings, as required under Charlotte’s masking mandate.

The post This weekend: a ‘SOULFLO Christmas’ appeared first on Q City Metro.