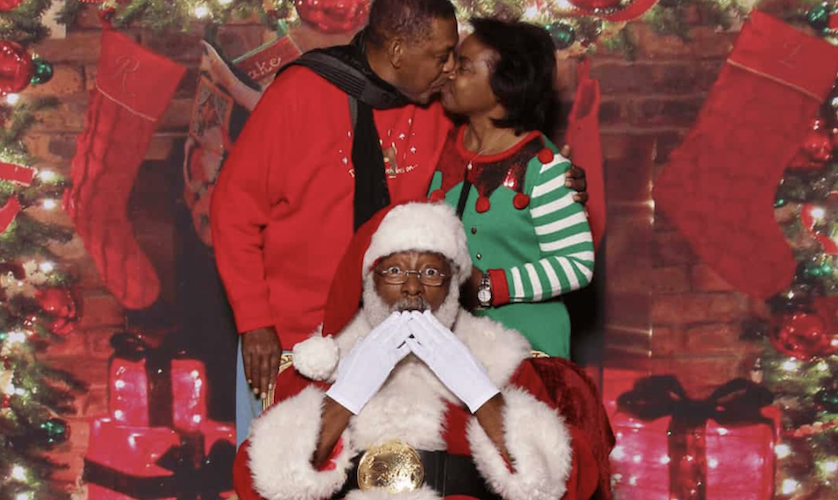 “Where can I find a Black Santa?” This is the question that led Stafford Braxton to begin Santa Just Like Me, a company that coordinates the hiring of diverse Santas, in 2013.

Braxton’s journey began on a normal work day, as a photographer at the mall, when someone asked when — or if — there would be a Black Santa available for photos.

Then it happened again. And again.

“I would jokingly say, ‘you know they ain’t gon let you have no Black Santa up in here.’ Little did I know, I was right,” said Braxton.

Braxton later approached the mall manager about having more diverse Santas available for pictures. The outcome didn’t go exactly how he imagined it would.

“They metaphorically patted me on the head,” he said. Braxton says management told him it was a “good idea,” but the conversation ended there.

Braxton was already an entrepreneur, having started a trash collection agency in addition to his photography, so he knew how to begin and manage a business. All that was left was to find a willing Santa.

Santa has to be ‘a natural’

“I wanted to find a Santa that was natural, a black man with a natural white beard,” said Braxton.

He realized his wish may have come true when a man, Warren Keyes, who fit the description, passed by him at the very mall he worked at.

He approached Keyes, offered him a business card, and told him to call if he was interested in being a Black Santa. January went by without Stafford hearing anything from Keyes.

Then, he got a second stroke of luck while photographing a wedding. “There was one black guy at the wedding other than me. And guess what? He looked like a Santa,” said Braxton.

Braxton waited a couple of weeks before asking the groom to connect him with the man who “looked like Santa.” The groom knew exactly who he was talking about.

After some time, Braxton was able to meet with him. During their meeting, the “potential Santa” showed Braxton a business card; the very one Stafford had given to Keyes inat the mall the year prior.

The two have worked together for 10 years, and Keyes is now his “marquee Santa.”

“He’s got a special, unique quality about him that just sets the children at ease,” said Braxton.

According to Braxton, Keyes recently returned from Hollywood, where he played Santa on a Holiday themed episode of a game show. The casting team for the show was directed to the “Santa Just Like Me” website and saw Keyes there.

When it comes to his Santas, Braxton looks for people who love Christmas and love kids. “Not necessarily in that order. But those two things are essential,” said Braxton.

Braxton has gotten many positive responses to his diverse Santas over the years; one, in particular, showed him that there’s no age limit on experiencing the magic of Christmas.

One local event, Santa Just Like Me brought a 72-year-old woman to tears when she joined her daughter and granddaughter to take pictures with Santa. Braxton said the woman had never seen a Black Santa before.

“We have a lot of parents that come in; they just are so thankful that the emotions just become overwhelming,” said Braxton.