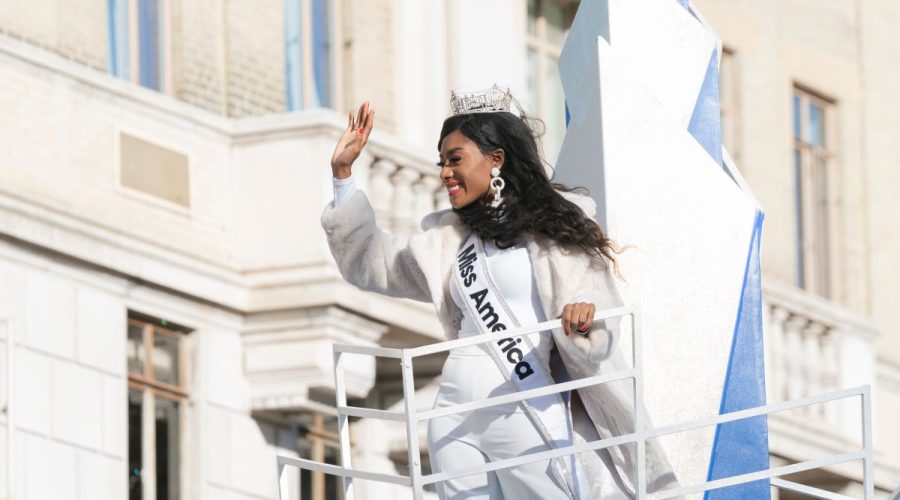 “It’s called love. And it was just about love,” she said. “The lyrics are love, love, love. Love is the only thing that matters to me.”

Now, at 29, Franklin is a composer, musician, and singer. She has almost 145,000 followers on TikTok thanks, in part, to her musical capabilities. One of her pieces has even gotten the attention of a local symphony.

Recently, Franklin experienced her composition, “Chrysalis”, as it was performed performed by the Charlotte Symphony. Franklin describes it as a personal piece.

QCity Metro met with Franklin to learn more about her career and love for music. Here’s what she told us.

Answers are edited for clarity and brevity.

How did you get into composing?

I started composing when I was 17. I was in high school and beginning to prepare for auditions for some of the schools I was interested in attending for college. I was inspired in a high school choir class to start the journey to becoming a composer. I had only thought of composers as older, white men. I didn’t see that as a path for myself growing up, even though I had always been a songwriter. So I’ve been creating melodies since I was five. I wrote my first song when I was five.

It wasn’t until I was in high school that I started exposing myself to other composers and diving deeper into the art form.

How has social media impacted your experience as a composer?

I did not expect my Tik Tok to blow up the way that it has in the past. I was just looking for a way to put my music out there. I hadn’t been on [TikTok] very long, but it just seemed like a place where I could be free to put myself out there as an artist in a way that I didn’t always feel I could on Instagram. So yeah, I was able to put music out there.

My hope was that [the video] would connect with a few people. I didn’t expect millions of views. I didn’t know that it would resonate with so many people in the way it did. Chrysalis was a very personal piece for me, professionally and personally. I was just really grateful that so many people could resonate with it and connect with it in the way they did.

What is it like composing your pieces versus listening from the audience?

There’s always the chance when hearing it live that there could be a mistake or something could be played the way that I didn’t write it. When I’m listening to it on a computer, it’s going to be played exactly the way you wrote it, taking a little bit of the excitement away from it.

What makes Chrysalis a personal piece for you?

I was writing that piece during the fall of 2021. There was so much turmoil going on in the Black community given the deaths of George Floyd and Breonna Taylor. That was something that was really hard for me. It was just really tough seeing the way that we’re treated sometimes. I wanted to kind of write something that felt healing.

That was why I incorporated a jazz sound in Chrysalis in harmonies and bass notes. I want it to show that Black people are amazing and I want it to infuse that into the music. I just hoped that when people heard this music, knowing that it came from a Black woman, they would understand that we are more than worthy of just being respected and being treated with basic human decency.

What other pieces of yours draw inspiration from the experiences of Black people?

I recently also wrote a piece called Polaris, which is another name for the North Star that helped guide enslaved people to freedom. Frederick Douglass was also the publisher of a paper called Northstar. That piece was driven by my wanting to highlight the strength of Black people celebrating Juneteenth.

The further I get in my career, the more I feel I am responsible for bringing these issues to light through my art. It wasn’t always at the forefront of my mind, especially when I was just starting out. But now, I just understand how these things affect me and how I can use my voice to hopefully inspire others to use their voices too.