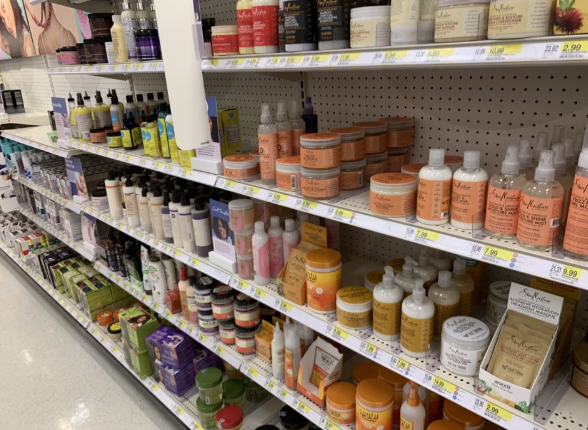 The controversy began when social media influencer Alix Earle posted a video of her “top Amazon finds” and mentioned the Mielle oil. Earle reported — to her 3.3 million followers — that she was already seeing hair growth after using the oil for around a month. The video sparked increased interest in the product.

Mielle’s website mentions it being part of the “multicultural category,” however, the brand is known for natural hair textures — hair types generally associated with Black women.

Earle’s video is now approaching 5 million views and has attracted attention from supporters as well as those with concerns. Many users shared frustrations over her promotion of the product in the comment section. One comment even got over 16,000 likes.

Since the video was posted, a trend began. Several other white female influencers and social media users have shared videos trying the product and encouraging their audiences to do the same.

And the oil seems to be flying off the shelves.

Hundreds of social media users – many of them Black women who say they regularly use the product – have experienced difficulty getting the $10 oil since the trend began.

The shortages have reached Charlotte, too.

QCity Metro searched the inventory at 38 stores in the Charlotte area that carry the product. It was temporarily unavailable at more than half of them.

27 of the stores reported it as completely sold out and 3 listed the product as having “low stock.” As of Thursday afternoon, the haircare oil was listed as “out of stock” at every Target in Charlotte as well as the locations in surrounding areas like Gastonia, Kannapolis, Hickory and Monroe.

While many of the major retailers in Charotte were out of stock or had low stock of the product, a few small or locally-owned stores did have the item in store.

Tisun Beauty Supply and ArKay Beauty Supply, a Black-owned store, each shared that they had the oil in stock as of Thursday.

‘Our options are limited’

Shareese, 32, is a Charlottean who says she’s been using Mielle’s Rosemary Mint Oil “religiously” for the last year since locking her hair. “I forgot to restock and now I’m running low, but it’s sold out everywhere so I’ll just have to go without until I can find it.”

Shareese told QCity Metro the product is usually used to keep coarser hair types hydrated and works “like a miracle” on her scalp and locs.

“I’m all for Black-owned businesses growing and getting more attention, but when it comes to hair

, our options are limited,” she said. “The Black hair section is just one aisle in most stores — sometimes even just half an aisle. Meanwhile, white women have a whole store of products; aisles and aisles of stuff for their hair. Just let us have our one little aisle, please.”

One woman took to her YouTube channel, Mayowa’s World, to voice her frustrations about the situation, saying that Black women have had many things “gentrified” from them.

The Mielle concerns echo a similar one surrounding Shea Moisture, another hair care company, in 2017. The company rose in popularity as a line that catered to Black women’s natural hair textures, but came under fire after for of their ad campaigns.

The featured lots of women with curly-textured hair, but few of them were Black.

Not long after, Shea Moisture was accused of changing their product formulas to attract a more diverse audience. The company initially denied making any changes, but some customers compared new product bottles with older ones ones and found differences listed in the ingredients.

While Shea Moisture ultimately issued an apology for the ad, many social media users called for people to stop buying their products, saying the company had “forgotten” about Black women.

Some people are now concerned that history is repeating itself with Mielle. The fear is that the company could begin to cater to straight or finer hair types — traits that are not usually associated with Black women’s natural hair.

“There have been a few recent comments posted on this topic, but I can personally guarantee you that we are not making any ingredient changes,” Rodriguez wrote in the post.

QCity Metro also reached out to Mielle Organics directly for comment and did not receive a response.