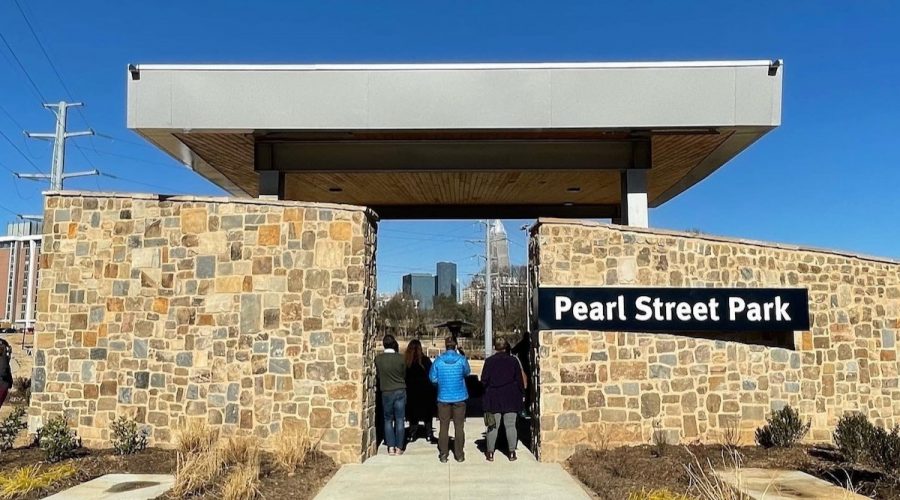 When Pearl Street Park opened in the 1940s, it was dubbed in some media reports as Charlotte’s “Negro park.”

Yesterday, Mecklenburg County officially reopened the renovated park, which sits on 11 acres of land that used to be part of the now-gone Brooklyn Village, a busting enclave that served as a cultural hub for much of Black Charlotte.

The park’s centerpiece, perhaps, is a soaring sculpture, made of bronze and stainless steel, called “Brooklyn Stories.”

The county spent four years and $4.75 million to reawaken the park, which sits near the Little Sugar Creek Greenway, with an official address of 1200 Baxter Street.

Black History Fact: The first official use of Pearl Street Park was a “victory garden” during World War II.

According to one news account, plots were set aside by Park & Rec “for use by Negro gardeners who wish to cultivate their own vegetable gardens.”