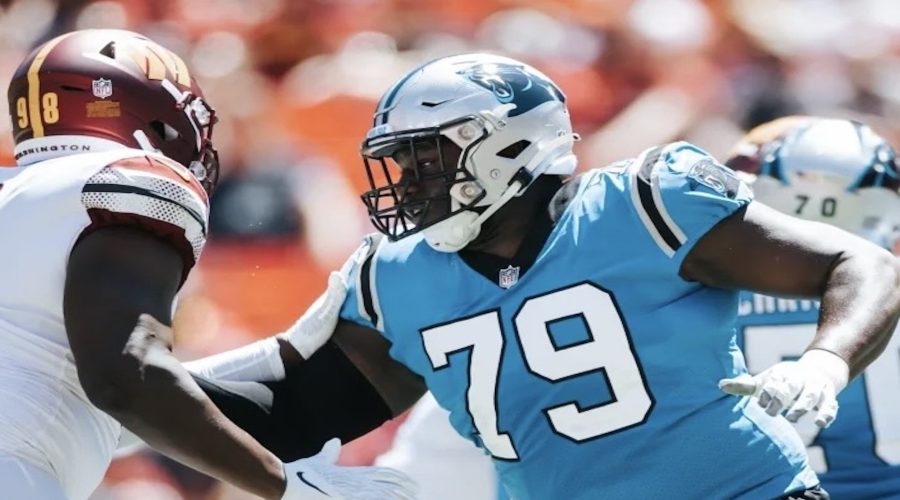 Rhule said the sixth overall pick from this year’s NFL draft will continue to take reps with the first-team offense “moving forward” as the team prepares for the start of the regular season.

Context: Ekwonu had been splitting reps with veteran lineman Brady Christensen since the start of training camp.

He told reporters after practice Tuesday that he doesn’t plan on letting go of the starting job.

“(It) feels like I’ve finally been able to earn my way into that spot,” Ekwonu said. “I look forward to continuing in that role and doing the best I can to keep that spot.”