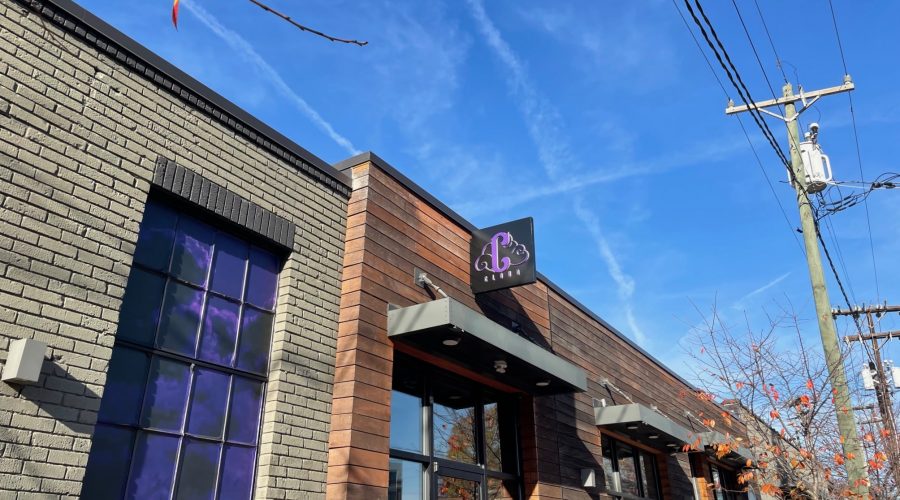 Ramond Boyd said he and his wife Kyphi had long wanted to bring to Charlotte a unique nightlife experience — a place where partygoers could enjoy elevated cuisine late at night, specialty cocktails and live music in an upscale atmosphere with extravagant entertainment. They had seen such places in cities like Miami, Los Angeles and New York and had discussed, why not in Charlotte, their hometown?

So when a building in the historic Wilmore neighborhood came available, Ramond Boyd moved to secure a lease after years of eyeing it.

That was March 2020, just as the Covid-19 pandemic was arriving. But along with their business partners — James Williams and NFL player Chris Smith — the couple pushed through delays and challenges and, 18 months later, opened Cloud, Charlotte’s latest restaurant and lounge, at 1510 S. Mint St.

The space features eight booths inside, six on the patio and a 16-seat bar. Each booth seats eight to 10 people, giving Cloud a total capacity of about 200.

In business for a little over a week, Boyd said the reception has been “amazing.”

“Everybody is ranting and raving over the food,” he said. “Our kitchen stays open until 1:30 a.m., and there is nowhere in Charlotte you can get good food until 1:30 a.m.”

The most popular food items, he said, are lamb chops, rib-trio, and the 24k gold lemon-pepper wings, courtesy of Chef Cordell Weathers.

The Boyds, who own several business in the area, which Ramond Boyd declined to name, said Cloud is what Charlotte’s “been missing.”

“My wife and I enjoy traveling,” he said. “We enjoy going out and having a good time. A lot of stuff that we’ve seen outside of the state and outside of the country, we noticed there was a lack of here in Charlotte. So basically, what we want to do is combine Charlotte with the same experience we receive when we go out of town.”

He acknowledged that Charlotte has lots of places to eat and listen to music, but upscale places that cater to Black customers are few and far between, he said. One of the things that will set Cloud apart, Boyd said, is its music selection.

“We play everything from Bad Bunny to DaBaby,” he said. “We’ve recruited all of the top DJs in Charlotte, and we’re running three to five DJs a night, every night. So we’re very diverse with the music.”

“We wanted to spice it up and add different elements that we’ve seen in other cities. Me and my wife are very creative, and we came up with these ideas ourselves.”

One of their bottle presentation themes comes from the Netflix series “Squid Game.” When a bottle arrives at a table, a DJ will play red light, green light theme music with an accompanying light show.

Then there’s the jaw-dropping casket show. If someone spends upwards of $1,500, waiters will deliver the bottle in an actual casket.

“We want to make it exciting and give people more of a show while they’re eating and drinking,” Boyd said.

So far, Boyd said, the most challenging part of opening Cloud has been finding kitchen staff — a challenge faced by restaurants nationwide.

He said he also feels pressure to avoid the bad press that comes when bars and nightclubs experience unfortunate incidents.

“A lot of times when you hear about Black-owned businesses, you hear it in a negative way,” he said. “So we want to make sure we stay in a positive light and let people know this is a safe environment. We are taking proper precautions to keep everyone safe at all times. We also are in communication with the (Wilmore) neighborhood.”

Cloud is preparing for a gown-and-tie New Year’s Eve event. (Getting dressed up to go out, Boyd said, is something that’s also missing in Charlotte.)

Boyd’s ultimate vision for Cloud: “Definitely would like to become a staple for Charlotte. If people come into town and locals ask, ‘What’s the spot tonight? Where should we go to eat dinner and drinks?’ I want Cloud to be one of the first names to pop up.”

Of note: Cloud sits across the street from another Black-owned establishment, 1501 South Mint.