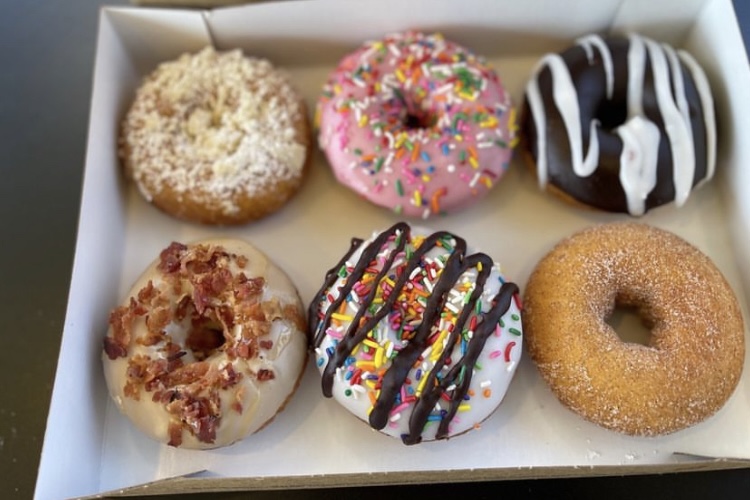 A new Duck Donuts location is opening in south Charlotte on Saturday.

The newest shop, at 9825 Sandy Rock Place, Suite 5B, is in Rea Farms Shopping Center, joining the Dilworth and Huntersville locations as the area’s third location under franchisee Andre Walters.

Supply issues delayed the opening for a year, but Walters, who co-owns this location with professional basketball player Will Clyburn, saw the Ballantyne area as a “natural expansion” location.

“It’s just so many opportunities out there to grow,” he told QCity Metro. ” We kind of fell in love with the Rea Farms Shopping Center.”

The new 1,064-square-foot space store will feature the shop’s usual made-to-order donut process and various options for coatings, toppings and drizzles. Traditional favorites such as chocolate icing with sprinkles and the maple bacon combination will also be served.

The shop will host a Family Fun Day at the grand opening event on Saturday, Oct. 30. Attendees can enjoy donut tastings and live face painting for kids.

The first customer in line when doors open at 6 a.m. will receive a Duck Donuts gift basket filled with merchandise and one free dozen donuts each month for a year.

A portion of all proceeds from grand opening day will be donated to Ronald McDonald House Charities of Greater Charlotte and the Rea Farms STEAM Academy.

Walters said he is always looking for new areas to expand in Charlotte. When asked, he didn’t completely rule out a potential location one day coming to Charlotte’s west side.

“Charlotte has so many unbelievably cool areas and neighborhoods, so you just never know,” he said. “It’s just really a matter of assessing the demand in a certain area.”

Duck Donuts opened its first stores in Duck and Kitty Hawk, N.C. in 2007 and began franchising in 2013.

There are now more than 100 stores. Locations are open in 23 states, Puerto Rico, Canada, and Saudi Arabia.