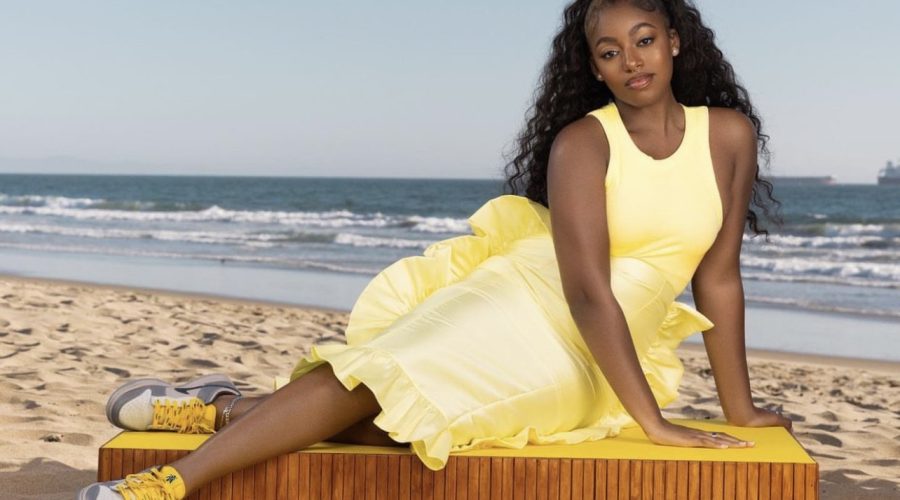 Ariel Robinson, senior at N.C. A&T, was chosen to design an HBCU-inspired shoe.

The 22-year-old Charlotte native created “The Ayantee” for Nike’s Yardrunner 3.0 campaign. Robinson is part of the third “class” of HBCU students to be involved.

Nike introduced its Yardrunner Campaign in November 2020 to celebrate the heritage and legacy of Historically Black Colleges and Universities.

The athletic-wear brand has also pledged 10 million dollars in the form of scholarships and academic partnerships to increase the number of direct hires from HBCUs and Hispanic-serving institutions.

The first class of Yardrunners recognized HBCU entrepreneurs while the second highlighted “what it takes” to be an HBCU student-athlete.

This year’s initiative focuses on the HBCU experience.

Robinson, who is the first and only current student to be part of the campaign, was selected along with three other alumnae to design a Nike Dunk Low.

The Ayantee, which Robinson named after A&T’s award-winning yearbook and features different shades of gray with accents of blue and gold.

1891, the year A&T was founded, is embroidered on the shoe’s heel with N.C. A&T’s logo displayed on the tongue tag.

“I designed the dunks after the new student center” Robinson said.

“It is the heart of the campus and the place that has helped cultivate my experience at A&T, so it was important that it was included in the nickname.”

Robinson had previously created her own content for what she calls “fake Nike campaigns” as a creative outlet. Her staged creative campaigns generated support on social media and ultimately led her to be introduced to a Nike brand marketing manager, Arinze Emeagwali.

Emeagwali, impressed with Robinson’s work, brought her along for creative support to a campaign in 2021.

Robinson is extremely proud of her design and the shoe itself. It’s quickly becoming a favorite among N.C. A&T students and alum.

According to a Sunday Instagram post written by Robinson, the Ayantee is currently sold out at Social Status Greensboro, where it is available exclusively for now, but will be restocked in the near future.

The shoe will also be released on the SNKRS app on Oct. 25.