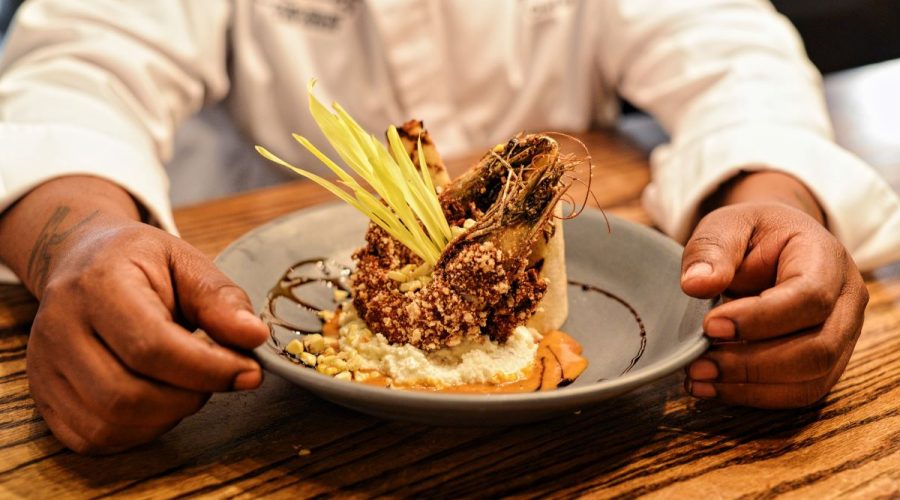 On Nov. 3, the event will bring together 28 chefs,14 from Charlotte and 14 from the parishes of Louisiana.

Many local restaurants will participate in the event, including Community Matters, Leah & Louise, and Church and Union.

The dishes will blend Charlotte’s food scene with the culinary styles of Louisiana by pairing a Charlotte-based chef with a Louisiana-based chef to prepare a specialty menu.

Lyle Broussard will be joining Jaime Lynch of Church and Union in Uptown. Broussard is passionate about Southwest Louisiana culture and currently serves his Cajun and creole menu at L’auberge Casino Resort in Lake Charles, Louisiana, where he began his career in 2005.

Broussard’s November visit to Charlotte will be his first. “I’m still kind of kind of going into the unknown, but I feel comfortable doing it,” said Broussard.

He’s excited to see cooking styles from all over Louisiana come together here in the Queen City. Broussard is a veteran of the Louisiana culinary trail collaborations, having collaborated with chefs from Mississippi and Alabama.

You may recognize Chayil Johnson from Community Matters Cafe where he serves as the executive chef. The cafe partners with Charlotte Rescue Mission to provide job opportunities to people after completing rehabilitation for drug addiction and substance abuse.

Johnson grew up in Laplace, Louisiana, and started culinary school at age 12 in New Orleans. Johnson also draws his culinary experience from growing up around the many blended cultures found in Louisiana.

“The core of everything that I cook is what I grew up on,” said Johnson.

Johnson is looking forward to presenting a dish that can be recognized by native Louisianans and Michelin Star chefs.

Morrison, who recently opened her own restaurant, “Earnestly Tootie’s,” in Louisiana, also won a two-week culinary scholarship to work and live in Zwaiya Ahansal, Morocco. Even in Morocco, however, Morrison said that her dishes maintain southern influence no matter where she is.

Morrison will collaborate with Chayil Johnson at Community Matters Cafe for a five-course meal. Upon meeting, Morrison was thrilled to find she would collab with a fellow Louisiana native.

“I immediately told Chayil that we’re gonna knock this out of the park,” said Morrison.

In case you missed it, the BayHaven Food and Wine festival showcased the talent of over 100 Black chefs and mixologists from across the country.

As BayHaven begins gearing up for the next annual event, Collier is already preparing to collaborate with Lousiana chef Isaac Toups at Leah and Louise.

Collier’s culinary momentum is said to reflect being brought up in Memphis, Tennessee: spirited, unwavering, and unapologetically Black.