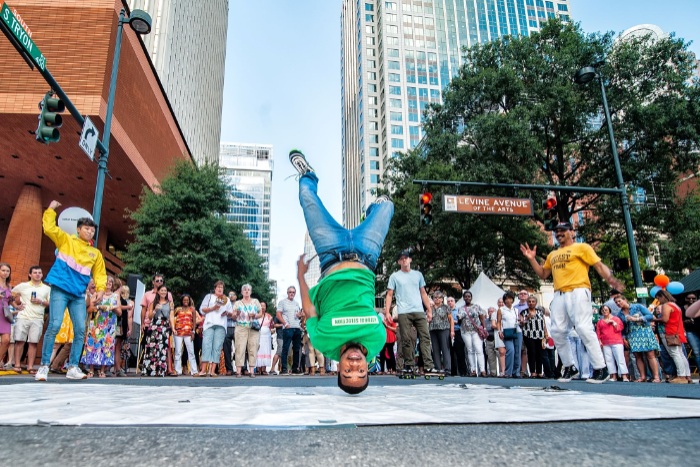 The City of Charlotte and Foundation For The Carolinas announced the names of 18 people who will serve on the city’s newly created Arts and Culture Advisory Board.

The board, created by City Council, will determine how millions of dollars are spent each year in support of the city’s arts sector.

The board will allocate about $4.4 million remaining for fiscal year 2021-22, then $12 million each in fiscal years 2023 and 2024. The money is a combination of city tax dollars and private donations.

Priya Sircar, the city’s Arts and Culture Officer appointed in August, will lead the board.

“I look forward to working with them and with Charlotte residents to shape an inclusive and thriving future for Charlotte arts and culture together,” Sircar said in a statement.

Appointed by Foundation For The Carolinas

Appointed by the Arts & Science Council

Each board member will serve a three-year term.

Foundation For The Carolinas President and CEO Michael Marsicano said the board may be one of the most “diverse” ever assembled in Charlotte.”

“Over the next three years, the board’s work will transform our cultural landscape and have a profound impact on our entire community,” Marsicano said.

For decades, the city’s arts funding had been funneled through the Arts & Science Council, but earlier this year, City Council voted to switch course and created the Arts and Culture Advisory Board, which will hold its first meeting in December.