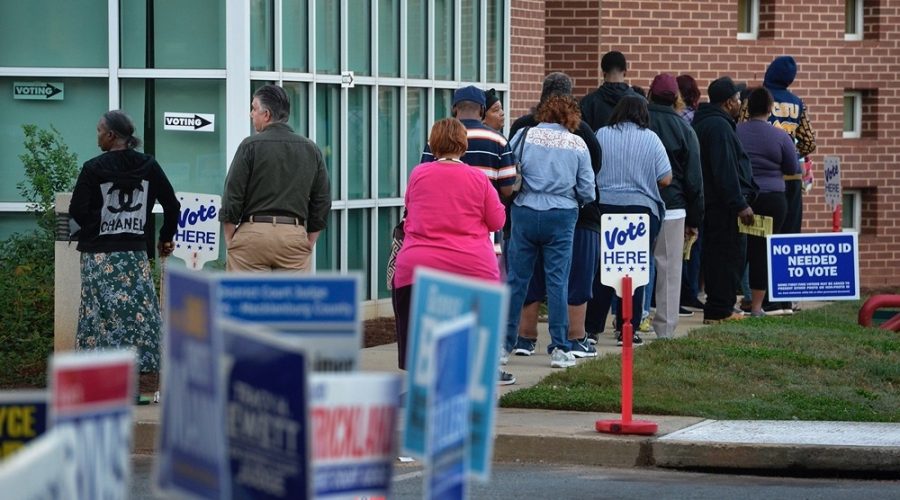 Election night results are in, and in many cases the outcomes are clear, but the votes are not final. Before that can happen, county boards of election must go through a series of post-election procedures before certifying the election.

This year, 15 counties, including Mecklenburg, are adding to their workloads by testing out a new way to check election results. The new process, called “risk-limiting audits,” could make post-election checks more efficient, more secure and improve confidence among voters.

Risk-limiting audits use an “incremental ‘intelligent’ recount of a randomly selected sample of ballots,” according to a presentation by the State Board of Elections. This means that the number of ballots that a county reviews depends on how close an election is and how many people voted.

When races are extremely close, the risk-limiting audit requires election officials to review more ballots because the method is responsive to the conditions of each election. That has election security benefits, both because it right-sizes the audit to the election and because election officials are hoping the new audits will boost voter confidence.

But there’s a long road from here to there.

Risk-limiting audits, as a mathematical concept, have been around for over a decade but have only begun to get broad attention by states in the last several years.

Colorado, Rhode Island and Virginia require these audits by law, while another dozen states have pilot or optional risk-limiting audit programs. Most took years to develop the processes and laws to implement risk-limiting audits.

North Carolina is not following a legislative path to put the audits in place.

Instead, counties are completing their regular post-election procedures, including the current statutorily required sample audit, before certifying their election results. Then, in the time between their own certification and the state issuing final approval of the results, the 15 counties will run the additional risk-limiting audits.

For North Carolina to move exclusively to risk-limiting audits, instead of treating them as an add-on, the state legislature would need to change its laws and update the hand-eye sample audit that is currently required by statute.

For now, North Carolina’s approach is to test the new audits in a sample of different-sized counties with different styles of municipal elections.

“This is an opportunity to learn about the process, address any concerns that arise and improve the process for future elections,” according to information from the State Board of Elections.

Though county boards of elections already run post-election audits to check the accuracy of the results, these new audits offer several attractions.

For Damon Circosta, the chairman of the State Board of Elections, risk-limiting audits make post-election processes more efficient.

“I don’t think our audit system is optimized,” Circosta said. “I think it’s very good, but if we’re living in a world of constrained budgets and constrained staff time, I think we could get more bang for our buck out of conducting RLAs.”

Counties will use their own staff and equipment to run the pilot audits, with support from State Board of Elections staff but no additional funding. Boosting voters’ belief in the system is a main motivator for Corinne Duncan, Buncombe County’s elections director, and for several of the other counties, even when they have to pay for the audit themselves.

“Voter trust is critical, and if this audit reinforces confidence, then we are open to it,” Duncan wrote in an email to Carolina Public Press.

Counties also have a practical reason for volunteering to pilot the audits. Running elections requires long hours, and by the time a county certifies its election results, staff members are “beyond exhausted,” Duncan said.

“For this reason, we are particularly interested in how long the audit will take, what staffing it will require, how it will fit in our timeline and what increase to our budget we need to request,” she said.

Scotland County takes the preparation one step further. Dell Parker, the county’s election director, likes to create manuals for new election processes, she said. The county will then share that with its neighbors and any county around the state, she said.

But she’s a long way off from writing a manual. The State Board of Elections has not told counties much about the process, she said, though she expects training and more information in the coming weeks.

The State Board of Elections is planning to run all the pilot risk-limiting audits the week of Nov. 15, according to Pat Gannon, the board’s spokesperson.

Like other aspects of the election system, the audit process will be open for the public to view, according to the state board. Observers will need to follow each county’s guidelines for COVID-19 precautions and stay in public viewing areas so as to not interfere with the process or pose a risk to election security.

Gannon stressed that “this is a pilot project that the volunteer counties will be conducting for the first time.”

The state board expects to review a preliminary report on the audit pilots at the state canvass meeting, where the five-member state board decides whether or not to certify each county’s election results.

If voters have questions about the audits or other parts of the election process, they should “go straight to the source,” said Caitlin Sabadish, Carteret County’s election director.

“The biggest thing is just to attend the meetings,” Sabadish said, adding that her county always encourages public attendance at county election board meetings, as well as during audits and voting machine testing.

Even while embracing risk-limiting audits, both county and state election officials stressed that the current voting system is safe and secure.

Voting machines that count votes are not connected to the internet, Parker said, making it unlikely that hackers or other bad actors could fiddle with the election results.

North Carolina’s voting machines also always produce a paper ballot, either filled out by hand by a voter or by a voting machine that then prints the voter’s selections on a piece of paper. Even if the machine that counts these ballots has an error, which is what the audits would catch, the ballots themselves remain unblemished.

Voters should already be confident in the election processes North Carolina follows, Parker said, “because we already have an audit in place that we already do to prove that our election results are accurate.”

For now, these new audits are an extra step, an added layer of security.