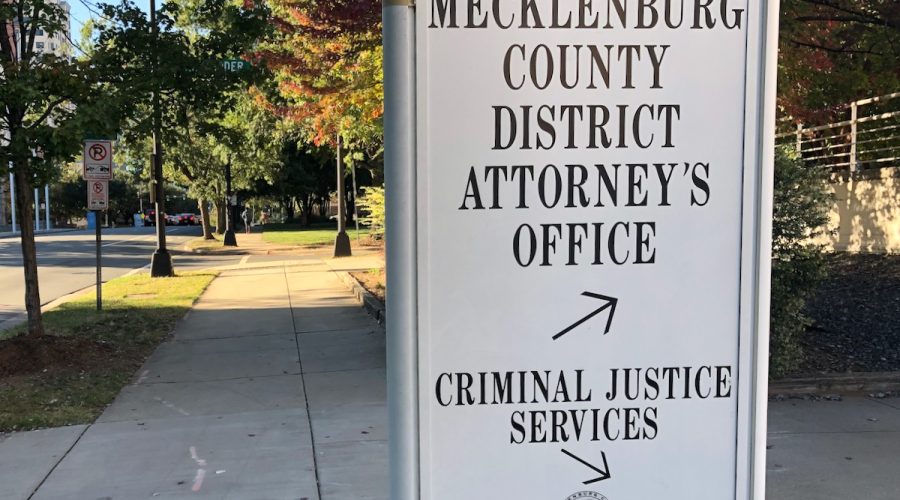 Cases eligible for dismissal include expired vehicle registrations, expired tags and trespassing. Some of the backlogged cases date back to 2019.

By dismissing those low-level cases, the DA’s office can divert resources to focus on more serious offenses that impact public safety, including domestic violence, DWI and dangerously excessive speeding (drivers going 25 mph or more over the speed limit or driving more than 100 mph), according to officials.

Research shows that Black and Hispanic drivers in Charlotte are much more likely to be pulled over by police.

A 2021 report, commissioned by the city and produced by the RAND Corporation, found that Black drivers were pulled over by police officers at a rate of 2.37 per 100,000 people.

How we got here

As much of the nation fell under Covid-19 restrictions, beginning in 2020, state courts in Mecklenburg County ground to a halt, delaying cases for even serious crimes like murder.

In a June 2021 interview, Mecklenburg D.A. Spencer Merriweather said it would take years for the state’s court system to fully recover.

“This is the impact that Covid has had on our justice system,” Merriweather said during a presentation to the Tuesday Morning Breakfast Forum, now called the Sarah Stevenson Tuesday Forum.

In its effort to dismiss low-priority cases, Merriweather’s office is working with the N.C. Administrative Office of the Courts (AOC), which runs the statewide judicial system. The AOC began working with prosecutors last month to help them prioritize more series offenses.

Meghan McDonald, a spokesperson with the DA’s office, referenced another reason to dismiss low-priority cases — the fading recollections of the officers involved in some of the older cases.

“When officers are subpoenaed to court to testify on these noteworthy cases, there is a clear expectation that they will have a good recollection of what occurred,” she told QCity Metro.. “That is less certain on less noteworthy traffic cases, leaving them less viable in terms of our ability to prosecute those matters, particularly when the offense occurred years ago.”

Case dismissals will not impact new violation, but instead clear up cases that date back a year or more, McDonald said.

“This project to dispose minor traffic citations and some low-level misdemeanors was designed to help, and it will help significantly,” she told QCity Metro.

Some cases have already been dismissed, according to the DA’s Office.

In a separate move, Mecklenburg Sheriff Garry McFadden announced a new policy last month to end regulatory traffic stops for non-moving violations. Such violations include driving with a revoked license or expired insurance, or driving with a malfunctioning taillight or headlight.

The change was proposed by Forward Justice and the North Carolina Second Chance Alliance, which have alleged that racial disparities are reinforced by regulatory and investigative stops.

“By eliminating traffic stops for these low-level infractions that do not contribute to public safety,” she said, “we can begin to minimize unnecessary and potentially harmful interactions between law enforcement and communities and address the racial disparities clearly inherent in these stops.”