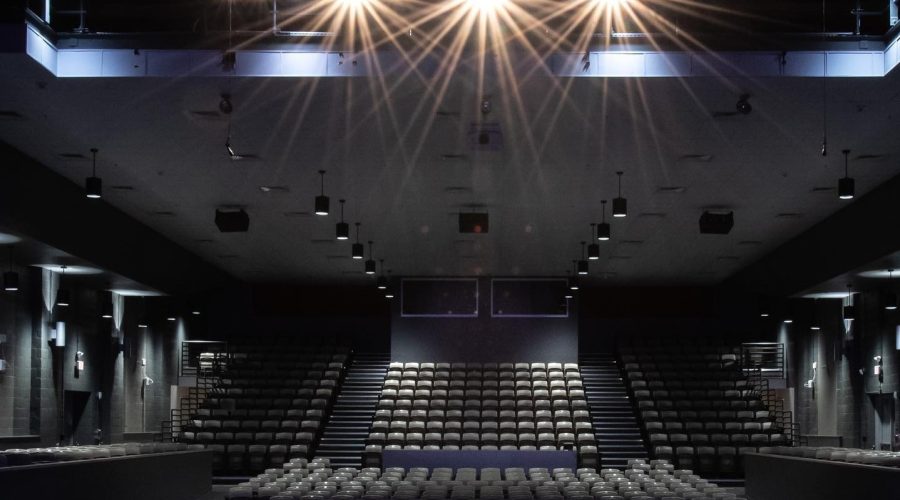 The Manhattan Short film festival will return to Northwest School of the Arts on September 30th at 7 p.m. and October 1st at 2 p.m.

The festival consists of 10 short films selected from more than 870 submissions across 70 different countries. This year’s finalists come from eight countries including the United States, Lebanon, Chechnya and Slovakia and Australia. The works will tackle themes like grief over a relative’s passing, racial objectification and chaotic breakups.

More than 500 host venues, 170 of them located in the United States, will screen the films from September 30th to October 3rd. Northwest School of the Arts is the festival’s only host venue in Charlotte.

This will be the festival’s return to in-person screenings since operations paused in 2019. Net proceeds will go toward funding the theater department at Northwest School of the Arts. Prices are $10 for general admission, $7 for seniors and $5 for CMS students with a school-issued ID.

The venue and previous years

Donald Nagel, arts director at Northwest, attended the festival before moving to Charlotte in 2003. He was surprised to find there were no host venues in the Queen City.

In 2017, Northwest acquired its $9 million dollar theater thanks to previously approved 2013 bond. Complete with an orchestra box that rises out of the stage, a sight and sound system similar to the Neil Simon Theatre in New York City and 600 seats plus wheelchair accessibility, Nagel knew it would be an ideal venue for the festival.

In the festival’s first year at Northwest, attendance was disappointingly low.

“We had three showings and I don’t think we had 50 people in total for all three.” Nagel said the parent-teacher organization spent a couple hundred dollars. “I don’t think we even broke even,” he said. Nagel estimated around 150 attendees showed up to the screenings in 2019.

Nagel suspects that stigma attached to the venue – a high school – and the location – a neighborhood frequently cited in Charlotte crime reportage – are what keeps crowds away.

“People see Beatties Ford Road and they associate that with high crime,” he said.

In the past, Nagel has invited such esteemed guests as the entire Charlotte Symphony, cast members of Hamilton, the Air Force Jazz band, the Navy ensemble band, authors, and artists, for free.

Despite past disappointments, Nagel still believes in the validity of the festival. He also said he won’t drive to another city to attend the festival, knowing Northwest has an amazing theater in Charlotte.

“The people who end up coming here can’t thank us enough for hosting this,” he said.

Nagel said the quality of the shorts is amazing and he’s never seen a bad one. “Sometimes I read the descriptions and what I see on the screen is completely different.”

Manhattan Short founder Nick Mason has a love of international film in common with Nagel.

“To see stuff that’s coming from all over the world, you don’t get a lot of opportunities to experience that,” Nagel said.

Mason believes deeply in the power of global connection, which is the festival’s goal of screening the films around the same time worldwide. Mason said that one reporter previously called the festival the “only good thing to come out of 9/11,” because its earliest version was done by projecting the films on the side of a truck in Union Square Park to lift people’s spirits after the attack.

“What’s nice is when you’re there, it’s also happening all across the world,” he said.

At the start of the pandemic, host venues dropped from 500 to 50. Today, the interest is back.