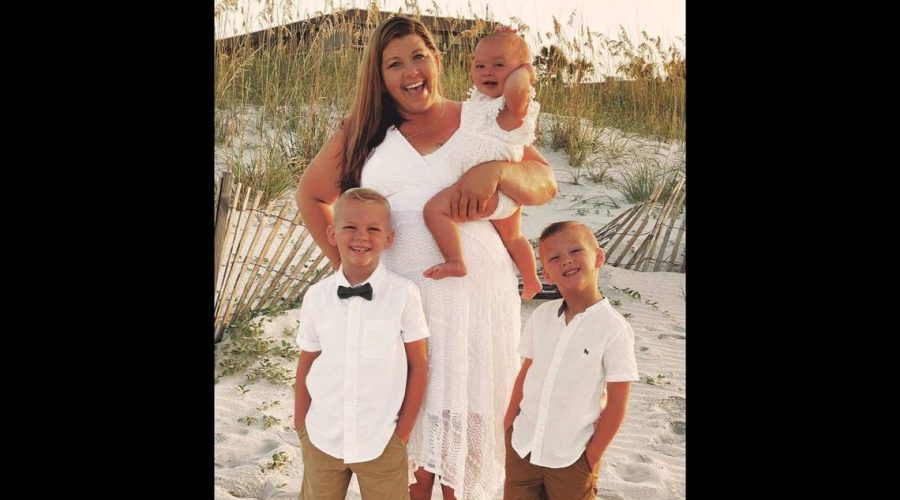 The Charlotte-Mecklenburg Police Department arrested a man accused of killing a woman at a Charlotte ATM in July.

J’wuan Horton, 24, faces multiple charges including first-degree murder, robbery, and gun possession as a felon in the killing of 48-year-old Karen Baker.

The incident happened in the University City area on July 13 near the University Plaza Shopping Center. Baker was attempting to withdraw money from an ATM machine when she was shot. She was pronounced dead at the scene.

Baker was a mother to four and a grandmother to three.

July’s incident wasn’t Horton’s first run-in with the law. Prior to his arrest, he was on post-release supervision since February for three counts of armed robbery and a breaking and entering charge. He was also recently arrested in September for fleeing to elude a traffic stop, CMPD said.

“Based on his record, we obviously see an escalation of violence,” Maj.Melanie Peacock told reporters Monday. “We are very pleased to get a dangerous offender like him into custody, uh, which we hope will bring some semblance of peace to the Baker family.”

The crime was solved with the help of a number of tips from the community, CMPD said.

“We’ve had more tips on this case than I can remember in recent history on most cases,” Peacock said. “We’re very grateful to the public for contributing to that.

As of Oct. 24, the department has received over 800 tips that have led to 60 arrests and nearly $300,000 worth of property, cash and drugs seized, according to Crime Stoppers detective Rick Smith.

“We just ask the community to continue to work with us because we can’t do it by ourselves,” Smith said.

“Make the same call if you or someone you love was a victim,” he said.