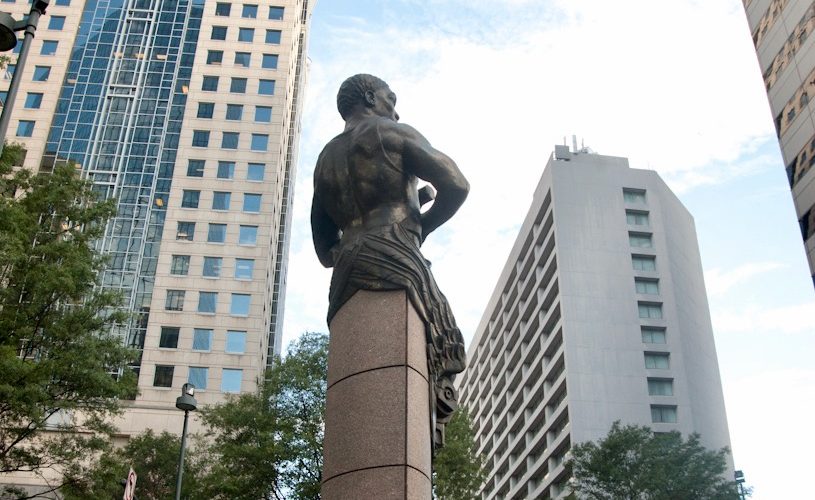 Valaida Fullwood is a writer and project consultant. She is the award-winning author of “Giving Back: A Tribute to Generations of African American Philanthropists,” co-creator of The Soul of Philanthropy touring exhibit, and a founding member of NGAAP, Charlotte’s Black philanthropic collective. She can be reached on LinkedIn and at valaida.com.

For decades, I and many longtime Charlotteans have observed a familiar pattern among corporate and civic leadership when national research or disturbing headlines shine unflattering light on our city.

Back in 2001, it was the Putman social capital study that ranked Charlotte at the bottom — 39th out of 40 major cities — in interracial trust. Around 2009, school re-segregation and dismal achievement data were the catalysts. Then, in 2014, the Chetty upward-mobility study ranked Charlotte 50th out of 50 as the worst American metropolis for climbing out of poverty when growing up poor. On the heels of that report, the police killing of Keith Lamont Scott in 2016 sparked a social uprising, giving further credence to both the Putnam and Chetty research.

At these pivotal moments over decades, like clockwork, the usual suspects rush in to “fix the problem” and rally impressively to raise millions. While well-intended, they prove themselves ill-equipped.

Fund-raising does not equate to community-building. This has long been evident as past initiatives routinely fell short in producing meaningful change at scale. Civic and corporate leaders appear to sidestep opportunities to be reflective, inclusive and transparent and thus condemn themselves to the blind spots, pitfalls and errors of the past. As residents, we find ourselves grappling with the same issues and root problems again and again, further seeding distrust and deepening inequities.

Now, racial inequities illuminated in the wake of the global pandemic and George Floyd’s murder have spurred civic leaders and corporations to act again by announcing big-dollar initiatives. No doubt a commendable impulse, yet I’m compelled to wonder whether they ever pause to reflect on the trail of past big-dollar initiatives.

So many questions go unanswered with each high-profile pronouncement. Have leaders interrogated past efforts to weigh the gains and losses? Who is prioritizing the issues and defining “success?” Are the people closest to the problem participating in finding solutions? Do these leaders expect to be held accountable? And have they taken time to, as Bryan Stevenson puts it, “get proximate?”

For real and lasting change, we need new templates. We must break the cycle of doing the same thing the same way with the same players and mindsets over and over, expecting different results. Despite Charlotte’s history and seeming affinity for top-down leadership and out-of-town expertise, there are scores of Charlotteans who have lived and studied the issues we face. These are longtime racial equity advocates and activists working on the frontlines well before 2020. They are part of marginalized communities, reside in under-resourced neighborhoods, have built authentic and diverse relationships, earned credibility, understand the complexity of issues, and are dedicated to seeing people of all races and ethnicities flourish.

It is not only ineffective but also offensive when experts who work and live in the zip codes weakened by inequities are absent from tables where decisions are made and the dollars disbursed. Suspicions inevitably rise when initiatives are launched to benefit specific segments of the community yet neglect to ensure their representation in the process.

To evolve as a city, we must concede and act on the fact that people closest to the issues are closest to the solutions and then share decision-making and distribute resources, accordingly. Entrusting community-based organizations and residents with both the capital and agency to shape their future is where true change can start.

Resonant in this moment are the words of Indigenous scholar and activist Lilla Watson: “If you have come here to help me you are wasting your time, but if you have come because your liberation is bound up with mine, then let us work together.” Pockets of work embodying such profoundly different values, leadership and ways for Charlotte are growing. Scaling these new paradigms across the city is imperative.

The solidarity statements, grand announcements and multimillion-dollar investments we have read about for two years sound amazing. Going forward, let’s work together and differently to make racial equity in Charlotte real.

I’m optimistic that, in this era, community critiques and calls for accountability will prevail. In paradoxical justness, when leaders neglect being inclusive and transparent, we see their failures of imagination and leadership even more clearly.