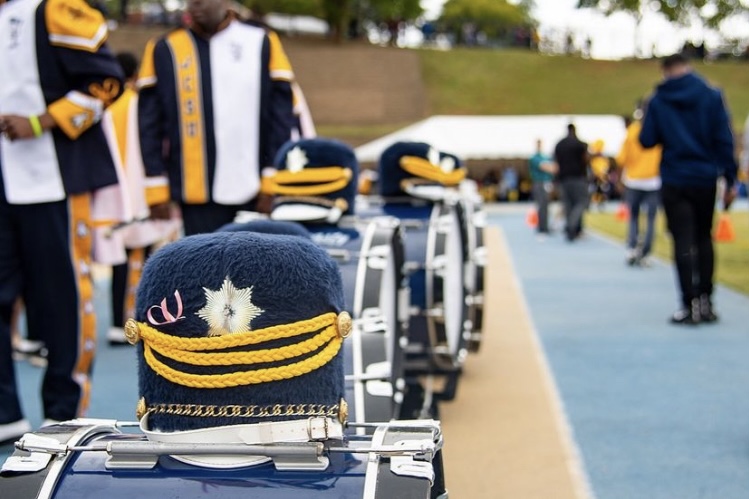 After a two-year hiatus, thousands of Johnson C. Smith University students and alumni are expected to attend this year’s homecoming, a celebration happening Oct. 15 through Oct.23.

While other schools resumed homecoming last year, JCSU “aired on the side of caution” by canceling their own, according to Davida Haywood, vice president of student affairs. Haywood said with new vaccines and boosters, the school decided to wait until this year to resume festivities.

“Now is the time to welcome folks back home,” she told QCity Metro. “I sense that it will be a nice size crowd because people have missed each other,”

Almost 3,000 people are expected during the week, but more will come on that weekend, Haywood said.

This year’s homecoming, themed “A Smitherent World,” will feature the classic events like the homecoming kickoff, parade, coronation and football game, but the school will debut the Homecoming countdown on Saturday night and have a Jazz Brunch on Sunday afternoon.

There will be no homecoming hip-hop concert like they’ve had in previous years, but the gospel fest will return on Sunday, Oct.16 at Jane M. Smith Church.

The school will unveil its renovation of Greenfield Hall Garden through the $30,000 grant received from Home Depot earlier this year. Alumni will also be able to tour the school’s new health center, Haywood said.

Haywood, a 1998 graduate, hopes her fellow Smithies will enjoy their long-awaited return to campus.

“Covid probably taught all of us that, that tomorrow’s not promised to anybody,” she said. ” To be able to lay eyes on your old roommate, or your old band member or old fraternity or sorority member, makes this experience all the more real, but also the more precious.”

Keep up with the full schedule, updates and special guests by visiting the school’s website.

A week worth the wait

For Essence Winston, this year’s homecoming will provide her with a bigger spotlight than usual. She will be crowned the 96th Miss JCSU at the coronation ceremony.

She was voted Miss Junior last school year but the experience wasn’t ideal due to the pandemic.

This year, she looks forward to being able to host events during homecoming weekend and being in the parade.

“All my family is coming from California to see me,” she said” This is a great experience that I don’t take lightly, so I’m very excited.”

Joshua Chasse said being considered a minority student at a predominantly Black school came with a few perks. One of a small number of white students, he stood out. He was well-know as an undergraduate.

Chasse said he took advantage of this popularity by hosting parties and events.

In 2014, he graduated with a degree in sports management but returned to the school as a lead athletic recruiter in the admission department in 2016.

He doesn’t work in admissions anymore, but looks forward to reconnecting with his former classmates and students.

“It makes me feel good to see how they’ve matriculated and the jobs they are in,” he said. “Homecoming is where you can get so much of a community aspect. It’s more than just partying.”

A time to reconnect

Melissa Anderson, a 1993 graduate, knew Johnson C. Smith University’s homecoming was special, years before she even decided to attend the school.

The Buffalo, New York native had a neighbor, initially from Charlotte, who told her stories of how she and her family participated in the annual celebration.

Anderson, inspired by her neighbor’s stories, enrolled at the school to experience homecoming for herself.

“My fondest memory is going to the stadium for the football games; only to watch the halftime show,” she said. ” Everyone would chant from the stands, J-C-S- U know. Watching the band perform is a vibe you never wanted to miss.”

She said she hasn’t seen many of her friends since the pandemic, but looks forward to reconnecting with them at the tailgate and football game.

Here’s a list of a few other Historically Black colleges and universities in the Carolinas that will be having homecoming celebrations this fall.

* Some scheduled dates and events may change.