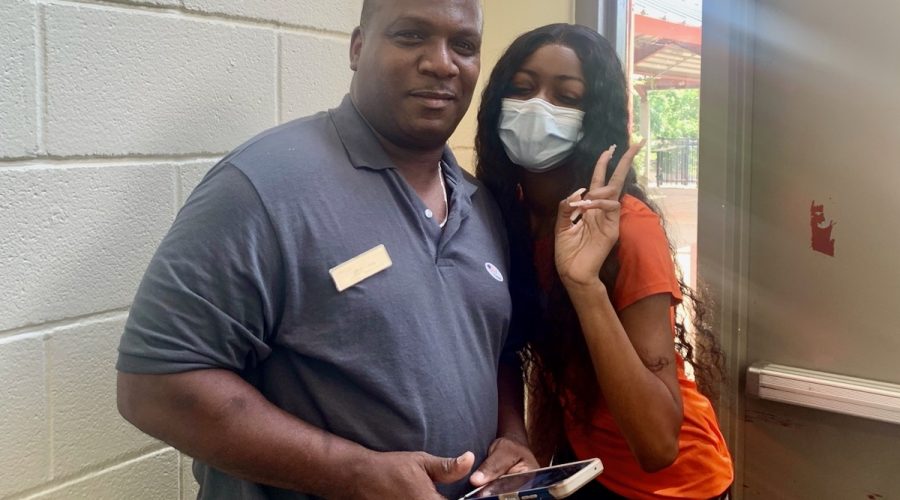 London Mobley walked into the polling site at First Ward Creative Arts Academy on Tuesday, accompanied by her dad, to cast the first vote of her 18-year-old life.

In a municipal election with few competitive races, voting was light on Tuesday. Just 12 % of Charlotte’s eligible voters cast ballots, according to official tallies by the state board of elections.

Mobley, who graduated this spring from Hawthorn Academy, was undeterred.

“Even if it is just one person, your vote really does matter, because that one vote could change the numbers for anybody,” she said.

Like other voters we spoke with on Tuesday, Mobley said she was motivated by issues — affordable housing, in her case.

At the polling site at East Stonewall AME Zion Church, only 200 people had cast ballots by 5:30 p.m., some 11 hours after the polls first opened.

“Can’t complain if you’re not voting,” said Kayla Jefferson, who cast her ballot at the church.

Jefferson said she was motivated to vote because local elections have a more direct impact on local communities.

“Voting is important,” she said. “If you want to see things done, you have to vote.”

At the Bette Rae Thomas Recreation Center, Kam and Angela McIntyre said looked to history as their inspiration for voting.

“Because of what our ancestors endured, we have the right to cast a vote,” said Angela McIntyre.

William and Leah Springs said they voted to keep Mayor Vi Lyles in office, and to ensure that the city council “keeps up the good work.”

“With how the country is going,” William Springs said, “we need to have some correct leadership going.”

Jason Payne, who voted at First Ward Creative Arts Academy, said he has been in also saw voters new to Charlotte such as Jason Payne who’s been in Charlotte less than a year. And while he has been impressed with Charlotte’s infrastructure development, he said he wants to see public funds invested in other areas.

“We really should be focusing our efforts on the education of the youth, in particular in the inner city…,” he said.

Payne was accompanied by Chelsea Finney, a nurse who works in the pediatric intensive care unit at Levine Children’s Hospital. She said she has witnessed firsthand the effects of youth shootings.

“They’re our future. Even though they can’t vote right now, we need to be voting for them, for their safety,” she said.

Amanda Harry and Glenn Burkins contributed to this report.