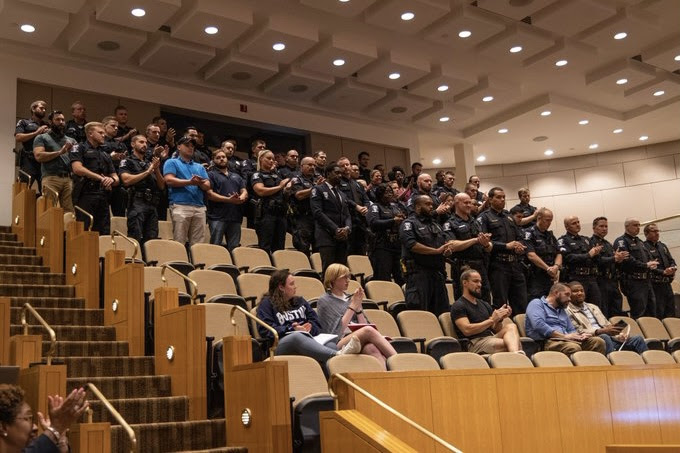 The newly named Officer Mia Goodwin Bridge is at the intersection of Interstate 85 and W.T. Harris Boulevard.

Goodwin, 33 was working an accident scene on Interstate 85 when two tractor-trailers collided then struck multiple police vehicles. She had been employed by CMPDt since 2015.

A number of CMPD officers and staff attended Monday’s council meeting, where Chief Johnny Jennings expressed his appreciation of their support.

“Very few professions have the privilege of experiencing camaraderie like the camaraderie that’s built in law enforcement,” he later tweeted.