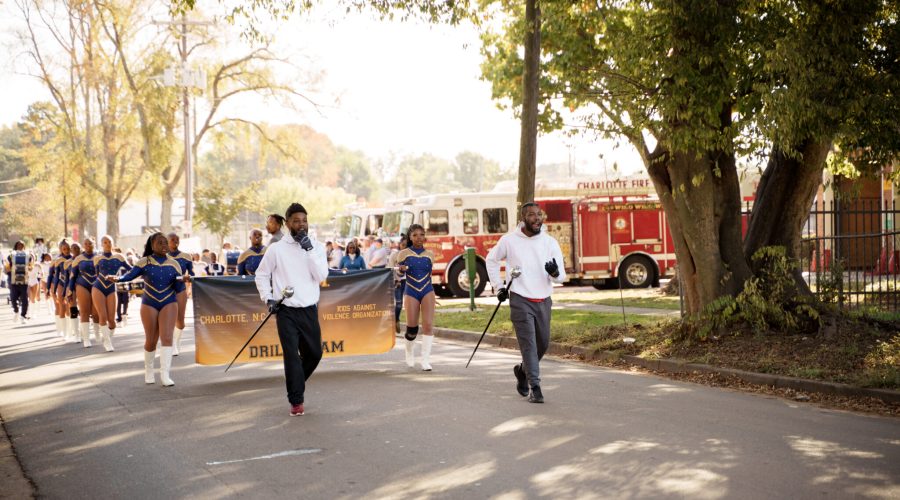 No one does homecoming like Historically Black Colleges and Universities. Just ask North Carolina A&T. The school was visited by R&B singer and actress Chloe Bailey over the weekend.

Bailey was more than a spectator at the event; she even joined the majorettes and danced with them as the Blue and Gold Marching Machine played their rendition of her song “Have Mercy.”

The Aggies weren’t the only ones with a memorable highlight take place. Check out this round-up of how a few other North Carolina HBCUs celebrated their homecoming.

In October, the Golden Bulls at Johnson C. Smith University had their first homecoming in two years. Covid restrictions made JCSU put its plans for in-person celebrations on hold.

To celebrate the long-awaited homecoming, Charlotte’s sole HBCU “showed up and showed out” with a parade, a gospel concert, and other festivities.

Livingstone’s homecoming week was packed with events for students and alumni to enjoy.

From luncheons to meet-and-greets to class reunions, Blue Bears from several generations came together to celebrate.

While socializing was likely the initial draw, the real highlight may have been the $173,000 the school received in donations from its alumni.

Elizabeth City State University alumni cheered on the Vikings during their game, but that wasn’t the only way they supported the school.

ECSU shared on its official Twitter account that alumni celebrating class reunions donated money to fund scholarships and university initiatives in the amount of $47,000.

WSSU’s homecoming game was initially supposed to take place on Oct. 1 but was canceled due to Hurricane Ian.

Despite the school-issued homecoming cancellation, lots of alumni visited and had their own unofficial celebrations.

On Oct. 15 after finally playing and defeatingA Lincoln on their home turf, the Rams have their first win of the season under their belt. The win was the first for coach Robert Massey and comes after five home game losses.

While homecoming was cancelled, the Rams were able to celebrate something after all.

NCCU’s homecoming week kicked off Sunday and the Eagles started the week with praise.

NCCU dubbed the event “the ultimate gospel concert” as the lead to what looks like an action-packed week.