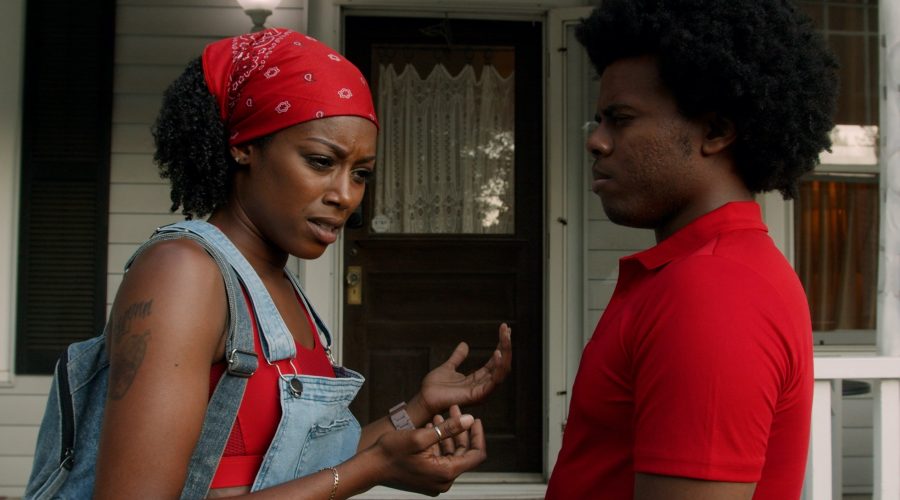 The Charlotte Film Festival is back and in-person. The annual event runs through Sunday, Oct. 17, at Ayrsley Grand Cinema, featuring more than 100 films from independent filmmakers, some of them local.

Now in its 13th year, the festival was intentional about showcasing a diverse roster of LatinX, LGBT and Black filmmakers, programming director Taylor Montalto said.

The festival received more than 600 submissions, and 20 to 25 of the films selected are from Black filmmakers or Black focused.

Despite the festival’s safety precautions — masks will be required for all screenings — Montalto said organizers expect attendance to be impacted by the pandemic.

However, she said, “the show must go on,” citing the importance of providing a platform for local filmmakers.

“It is difficult to kind of bring it back, and to get people interested to support independent films, but we’re kind of hoping that this will be a way for people to get excited about something positive after the year that we’ve all had,” Montalto said.

1. One Pint at a Time — Reshaping The Future of Craft Beer in America.

Craft beer generates tens of billions of dollars annually for the US economy. Despite beer’s Egyptian and African heritage, these traditions have been mostly forgotten and are rarely found in American brewing culture. Today, Black-owned breweries make up less than 1% of the nearly 9,000 breweries in operation. Eager to shift the historical perception of who makes and drinks beer, Black brewers, brand owners and influencers across the country are reshaping the craft beer industry and the future of America’s favorite adult beverage.

Gary, who’s been diagnosed with social anxiety, lives a lonely lifestyle suffering mild panic attacks. In a brash attempt to make a friend, he meets Alexis, who has been diagnosed with attention deficit disorder (ADD). Through a series of events, together they attempt to find the one person who Gary has never had anxiety around — Kayla, his high school girlfriend.

This documentary short film looks at the tragic death of Willie Earle more than 70 years ago, when he was taken from a jail in Pickens, S.C., and murdered by a white mob. His childhood friend, AQ, remembers in a community that wants to forget.

In 2014, the police killings of Eric Garner, John Crawford, Tamir Rice and Michael Brown led to protests all across the country. That year, in a short film for the New York Times, 10 young boys shared their challenges of growing up Black in America. It was seen by millions. Five years later, these boys are now young men, and in the wake of global uprisings and continued state-sanctioned violence against Black bodies, they are revisited.

Buffalo Documentary Project, in collaboration with Community Health Center of Buffalo (CHCB), Inc., presents a 22-minute film exploring the center’s work, especially during the coronavirus pandemic. COVID-19 disproportionately affects communities of color, highlighting the inequities of our healthcare system. In “Fight for Good,” a CHCB executive and two physicians — all women of color — are captured in an unguarded style, revealing both their personal motivations and their higher goals.

*Honorable Mention: The Conversation Remix: For Our Girls

A love letter from mothers to daughters, this film explores the stigmas Black girls face as they grow up within and outside their community. Through interviews, mothers share concerns with how they are shaping and impacting their daughters’ independence. The film acknowledges the sacred and, at times, tense, relationship that parent and child share as they face challenges and accept flaws.