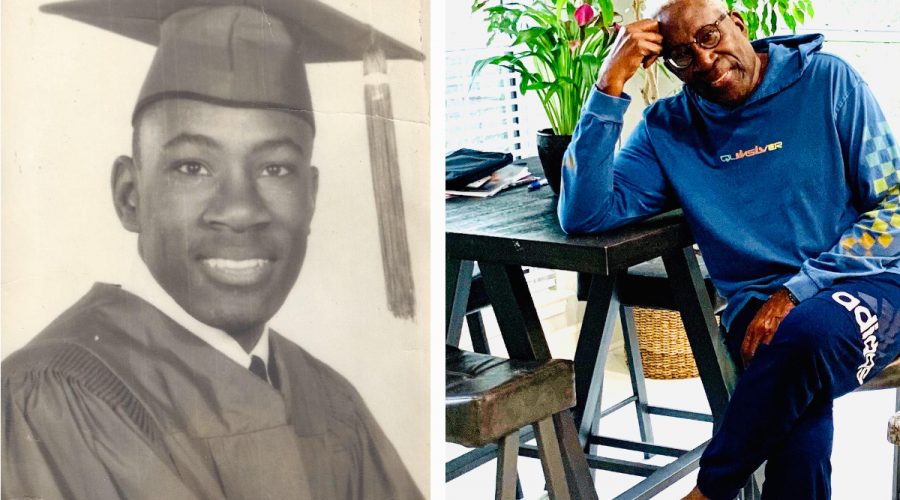 About this series: As West Charlotte High School prepares for Lion Pride Day to commemorate its historic campus, which will give way to new construction, we asked alumni to share some of their best high school memories.

In 1966, the year of my graduation, my homeroom and English teacher, Mrs. Evelyn Floyd, had spent a good deal of time imploring me to make last-minute applications to area colleges. I had resisted because, while I was a decent student, I had no money and no prospects, and I saw college as out of my reach.

In a final push, Mrs. Floyd actually went to our guidance office, picked up applications to several schools, and handed them to me and asked me to please not get so discouraged that I miss an opportunity for higher education. I thanked her, assured that I would try, and put the apps in my locker.

I promptly forgot about them.

A week or so later Mrs. Floyd asked whether I’d turned in the applications. She was visibly disappointed when I admitted that I hadn’t, and she asked me why. I explained to her that I had just a few days earlier enlisted in the US Air Force and would be leaving for basic training one week after our commencement ceremonies. I felt pretty crappy for seeming so unappreciative of her concern for my future.

My Class of 1966 had a reunion that year, and I was heavily involved in bringing it about. One of my duties was to serve as master of ceremonies for a luncheon we had to honor our 1966 faculty, and Mrs. Floyd was in attendance.

When I took the stage, I told the audience that my first comments were directed to Mrs. Evelyn Floyd, because there was something she really needed to know about me. It went like this: “Mrs, Floyd, you may not remember that during our senior year, you spent a lot of energy trying to convince me to apply for college, and that I disappointed you by enlisting in the military instead,” to which she nodded that she did indeed remember.

I continued: “Mrs. Floyd, I just want you to know that while I didn’t go to college immediately from West Charlotte, I did indeed go to college. I graduated with honors from UNC Charlotte in 1977, with a degree in English. And you’re going to love this. For several years I was a high school English teacher. So, you influenced me more than you would have imagined, and I thank you so much!”

I can still feel the hug!