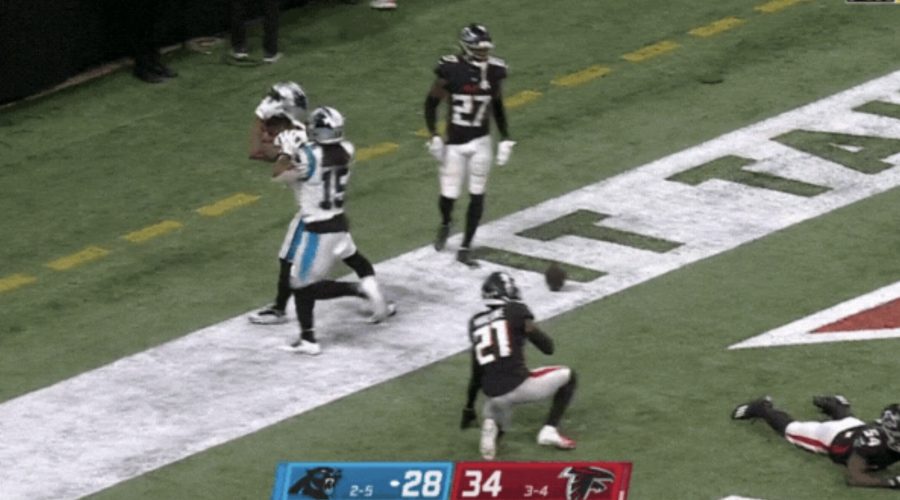 NFL referees may have been wrong for penalizing D.J. Moore’s late-game touchdown celebration on Sunday.

Moore’s celebration — he took off his helmet — resulted in a 15-yard penalty, which was followed by a missed extra point attempt by kicker Eddy Pineiro, which would’ve given the team the lead with 12 seconds left.

McAulay, citing the 2022 NFL Rulebook, said Moore should not have been penalized because he was not on the field when he removed his helmet.

Penalty or not, Pineiro missed a field goal attempt in overtime that also could have secured a Panthers victory.