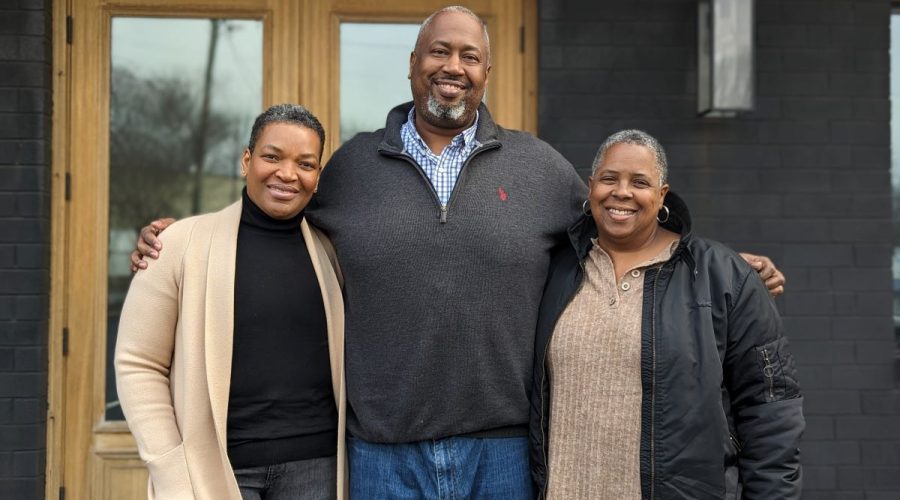 Dianna Ward is committed to investing in places that are important to her.

Her newest properties are located at 2928 Rozzelles Ferry Road and were a group investment purchased alongside five other buyers, four of whom are also Black.

Her co-buyers include Martez Prince, Myles Gooch, Justin Mueller, and Bernard and Marjorie Jameson. Prince and Mueller are also co-owners of the building on 1800 Rozzelles Ferry Road.

The new property is a smaller than her first building, but Ward shared that it will still offer retail, including food and drink.

Its purchase continues the current trend of investing in Charlotte’s West End.

Since opening the Jet’s Pizza and Rita’s Italian Ice on Rozzelles Ferry, Ward said the location has a “good problem” in the form of heavy traffic because the location is so busy. Five Points Plaza, an outdoor community space, also recently opened in the same area. The plaza will host year-round events and act as a community hang-out spot.

Now, she’s excited about what’s to come with the new space.

Before purchasing the initial property on Rozzelles Ferry, Ward had never been involved in commercial real estate. She was familiar with residential real estate as a homeowner, but commercial was entirely different.

“When it comes to financing a commercial property, if you have cash, you can roll in; you just buy it. That wouldn’t be the most intelligent way to do it”

With her first commercial property, Ward wanted to rent the building to tenants that are comfortable with being on the west side and have ties to the community.

She has the same vision for the space on Rozzelles Ferry Road. In fact, the property already has a “community-oriented” tenant, which Ward’s investment group will announce later.

After becoming connected with other investors through Mueller, who had attended a CGE Venture Group investment meeting, Ward made the decision to get started.

Ward grew up in the West End, where she also bought her first home.

She said that properties in the West End were more affordable to invest in compared to other areas.

“I think that if you want your neighborhood to look a certain way and you have the means, then [buying real estate] is one way of controlling what happens to places important to you,” said Ward. “We have more power than we think.”

Now, Ward owns another home in a west side neighborhood known as Hyde Park.

Buying property and continuing to invest in the community is something Ward plans to do beyond the West End and even beyond Charlotte. She’s also interested in areas like Gastonia, Concord and Belmont.

What made you decide to partner with others to buy property?

I’m an applied mathematician. I’ve always thought I was really smart. I own my own business. I went into my first building, thinking, “Oh, I can do this on my own.” And then found out just how much goes into commercial real estate. The other thing I found is that many property owners are partnering.

I learned on the first project that you don’t have to be a big-time owner of something to be impactful or to have it be a significant part of your portfolio. That’s the key thing that I learned. Yes, I was smart. Yes, I probably could have figured it out myself. Why? Why go through that pain when you can partner with people who already know the process?

What is your advice to other aspiring buyers?

There is no magic. I’m not special. And there’s nothing special about the people that have partnered up other than they showed an interest. And they are great, great people.

There are some bad partnerships out there; those are the ones where it’s like, this person isn’t good with their own finances, why would you partner with them? But everything we did can be done with any group of people. If you don’t have as much money as we had to put down, you get more partners and own less of it, but you get more.

We’re not inventing a computer or an app or something super hard. There are some nuances. But anybody can do it; you just make sure you get a great team pulled together.

When I say great team, make sure you have somebody who works in real estate, make sure you have a great financial person on your team, and make sure everybody else on the team can serve some purpose. Once you do that, you can get together groups of 10 people and buy up just about anything.