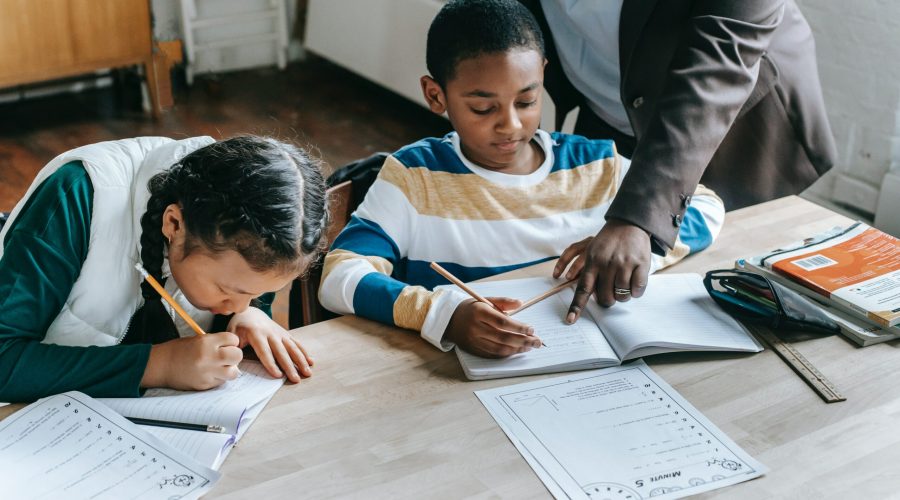 Foundations For The Carolinas offers innovative solutions that help individuals, nonprofits and companies bring their charitable visions to life.

A panel of national and local leaders gathered online recently to discuss the opportunities and challenges facing boys of color. About 170 people attended the virtual event, sponsored by Foundation For The Carolinas.

The discussion was part of the “Community Conversations” series organized by the Robinson Center for Civic Leadership, the Foundation’s flagship program.

Each month, the Robinson Center invites national and local experts to share their insights and research on key issues impacting the Charlotte community.

“As a community’s foundation, our goal is to not only shed light on important topics and needs but also highlight opportunities for engagement and support, so that others can take action and get involved,” said Elizabeth Trotman, FFTC Senior Vice President, Civic Leadership Programs and Initiatives.

Trotman said the Robinson Center chose to highlight boys of color because they face “unique challenges as a result of pervasive educational, economic and social inequities.” (A video of the discussion was uploaded to YouTube.)

Trotman said she hoped the event would “inspire additional interest and philanthropic investment.”

Here are some excerpts from that discussion:

Too often, Moore said, males of color are viewed as being part of a group rather than as individuals, leading to pervasive and lasting feelings of inferiority. Boys of color, he said, must counter perceptions and attitudes projected on them daily.

“When you look at the data, particularly in educational space, boys of color occupy the spaces where there are doom and gloom, where it’s not too favorable,” said Moore, who also serves as executive director of the Todd A. Bell National Resource Center on the African American Male. “Even if you provide a wonderful educational space and you have financial means, that stigma is hard to remove. People see something that is not always positive in the classroom.”

Fowler has dedicated his career to nurturing young black students as a pre-K teacher with Charlotte Mecklenburg Schools. He stays in touch with former students, checking in to see how they are doing.

Fowler spoke of how he saw students of color struggle during the pandemic, particularly those who were left home alone when a parent went to work. These students, he said, also often cared for siblings while their parents were away. He said school leaders must do more to attract black men to teaching and create more visible role models.

“We need to encourage confidence in our community. I think confidence builds strength,” said Fowler, who’s intentional about wearing a necktie while teaching. He gives his former students a tie when they graduate from 5th grade and shows them how to wear it.

Barnes told the audience to think in terms of both short-term and long-term strategies to engage and be present in the lives of Black boys. He said CMS is working to improve early digital literacy skills in boys, adding that the Covid-19 pandemic highlighted digital divides that exist across racial and ethnic groups.

Barnes agreed that much of the data on Black boys is daunting, but he emphasized that many boys of color do succeed. He said CMS has “hundreds of educators who care deeply.”

“The statistics show us in dire scenarios in parts of the country,” he said “but on the flip side, there are promising stories and promising outcomes.”

Dove said the impact a structure or system has depends on the intent with which it was designed. If a system is designed for Black and Brown boys to flourish, he said, then it’s possible to see positive outcomes.

“We can’t look at systems and structures in a vacuum,” he told the audience. “We can’t look at education without looking at health policies, housing, the criminal justice system, and economic implications.”

Keitt said it’s important to change the narrative surrounding Black boys and what is expected of them. Growing up in Rock Hill, where high school football is king, people assumed that, given his size, he would play the sport.

“You have to make sure children are not internalizing a narrative that has been brought to them from decades and decades before,” he said. “I knew that being a tall Black man, there were perceptions of what I should be that I knew were not correct for me.”

The Pogue Scholar added. “It is imperative you show young Black boys and girls there are so many options. …You can be a county commissioner, a doctor, or an engineer; you can play football or be an entertainer or rapper. But first and foremost, you live your passion.”

After the panel discussion, the conversation concluded with a one-on-one interview with Don Thomas Jr., Executive Director of My Brother’s Keeper Charlotte-Mecklenburg, which works to support policies and organizations that help ensure all Charlotte-Mecklenburg boys and young men of color have opportunities to achieve.

Keitt, the Chapel Hill student, called the panel discussion “extremely important,” but he stressed the need for continued investment and action to support Charlotte’s younger people of color.

For resources and videos of past Robinson Center events, visit the Foundation For The Carolinas website.