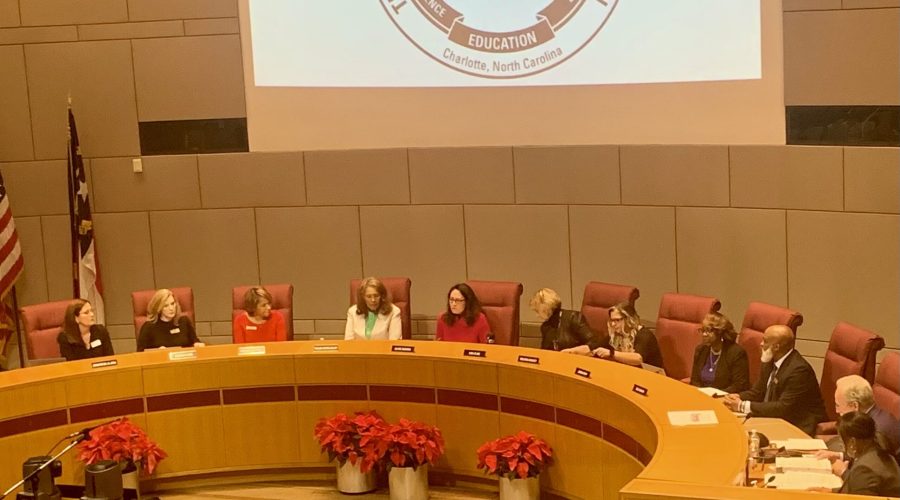 Five new members joined the Charlotte-Mecklenburg Board of Education on Tuesday, the result of last month’s school board elections.

Byers-Bailey was the only incumbent to win re-election, and the at-large seats were not on the ballot this year.

Dashew was unanimously re-elected as board chair. Sneed was unanimously voted in as vice chair, replacing Byers-Bailey, who told QCity Metro she had no desire to retain that leadership position.

CMS, one of the nation’s largest school districts, has faced major challenges in recent years, including low-performing schools, an academic achievement gap and lack of stability in the superintendent position.

The new board will have the task of selecting a new interim superintendent after the departure of Hugh Hattanbaugh, the current interim, at the end of December.

In April, the CMS school board chose Hattabaugh as interim after former superintendent Earnest Winston was fired. Hattabaugh was set to remain in that job until June 2023 but is leaving to tend to family matters in Florida, he has said.

The board will approve a contract with the next interim superintendent during a special meeting sometime between Dec. 14 and Dec. 31, according to CMS.

The search process for a permanent hire is ongoing, Byers-Bailey told QCity Metro. The board will continue its community engagement campaign to get public input on the qualities desired in the next superintendent.

“We want to know what they wants us to look for in the next superintendent,” Byers-Bailey said, adding that the selected candidate will have the “top three to five qualities” expressed through community input sessions.

Other agenda items for the new board include reviewing the district’s budget and redrawing school district lines.