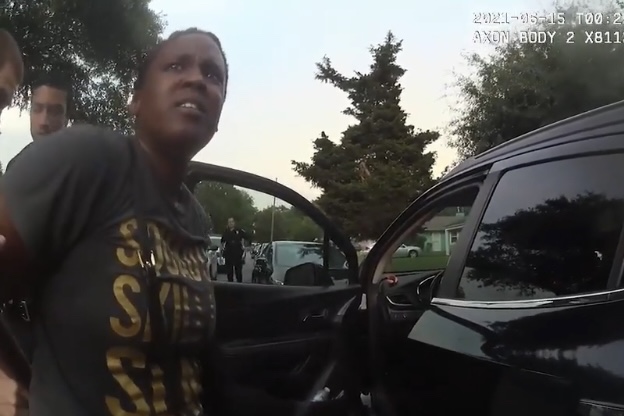 The Citizens Review Board, in an 8-2 vote Thursday, found that Charlotte-Mecklenburg Police Department erred in not disciplining its officers after they wrongly handcuffed a teacher at gunpoint last summer.

On June 14, Jasmine Horne, a teacher with Charlotte-Mecklenburg Schools, was wrongly detained when police mistook her for a suspect with the same last name and a similarly spelled first name.

Footage of the incident, released by the city in January, shows officers confronting Horne at gunpoint after tracking her car down in front of her home and placing her in handcuffs.

Thursday’s evidentiary hearing concludes a two-step process that started with a hearing in April. The board will submit its disciplinary recommendations to CMPD Chief Johnny Jennings and City Manager Marcus Jones.

Jennings will have seven days to either accept or decline the recommendation. Jones has seven days to make the final decision based on what Jennings decides.

The board, established June 9, 1997, reviews appeals by citizens who file complaints on dispositions imposed by the Chief of Police or his designee relating to allegations of misconduct against a sworn police officer.

The Board hears complaints regarding alleged violations of the following rules: use of force, unbecoming conduct, arrest, search and seizure, and arbitrary profiling.

This vote, only the third ruled against CMPD, comes after Jennings intially decided not to punish the officers.

“The actions of the officers who detained Jasmine Horne were found to be within policy of the CMPD as the officers were acting in good faith with the information that they were provided,” CMPD said via Twitter on April 8.

QCity Metro reached out to CMPD for further comment. They have yet to respond.

Horne’s appeal aside, there have been seven out of 21 appeals that have reached the second hearing since 2013.