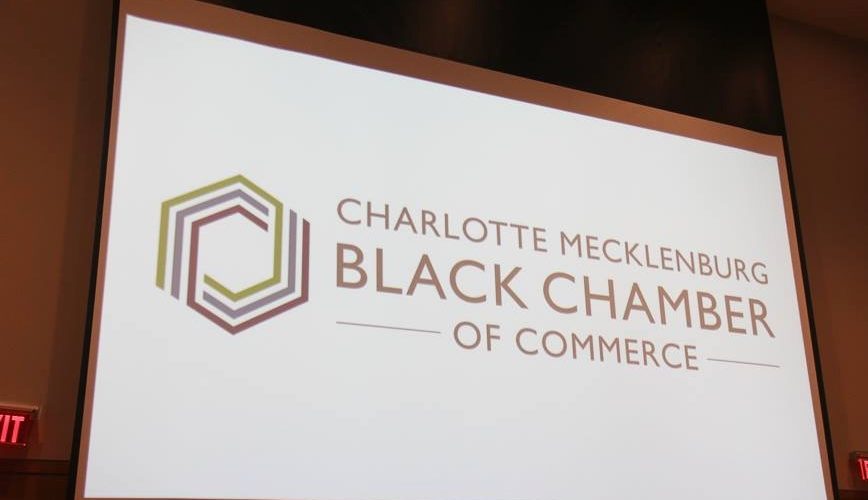 When the pandemic hit a year and a half ago, Charlotte’s Black business community took a nose-dive.

Somewhere between 40% and 60% of those businesses closed immediately or within a four-week span, according to Shante Williams, chairman and president of the Charlotte Mecklenburg Black Chamber of Commerce.

In response to the devastation, the Chamber used funds — $200,000 from the city of Charlotte and $50,000 from a private investment — to assist some of the Black businesses that closed or were in jeopardy of closing.

Twenty-two businesses received about $5,000 — some got more — to go toward things such as operating costs, upgrading their e-commerce sites, inventory and reopening.

“I am very proud to say that all of those businesses we helped with our grant funds are still in business,” Williams said during this week’s Tuesday Morning Breakfast Forum. “All of them are revenue generating, and some of them are even more profitable than they were in 2019.”

With that success behind them, the Chamber is now looking to fund more Black businesses in need.

To do that, the Chamber wants to raise at least $1 million to make micro-loans, which could take 12 to 18 months, Williams later told QCity Metro.

Williams said the Chamber is looking to change its operating model, from a traditional memberships and networking body to one that is a funding sources for its constituents. Some of the money raised by the Chamber would go to hire staff, she said.

Plans also include working closely with other Black chambers in Winston-Salem, Durham and Greensboro.

All of this comes as the importance of Black-owned businesses is receiving renewed focus.

In the wake of last year’s killing of George Floyd in Minneapolis, some of the nation’s largest corporations each pledged millions of dollars to help undergird the ecosystem that nurtures Black businesses — providing technical assistance as well as access to capital.

On the campuses of Morehouse College and Spelman College in Atlanta, Bank of America and Mastercard have pledged a combined $15 million to create a Center for Black Entrepreneurship, according to The Plug, an online publication that focuses on Black professionals in the technology space.

Closer to home, organizations such as LISC Charlotte, Aspire Community Capital and others provide various means of support and assistance to Black-owned businesses.

To illustrate the Chamber’s past efforts, Williams told of a local business owner who, during the pandemic, had to make the difficult choice between paying her business rent or paying her private mortgage.

With the Chamber’s help, the owner, who operates a salon and spa, was able to eventually move into a larger space and hire four employees.

“She is doing very well,” Williams said. “I’m so excited that we get to see those kinds of success stories come through the Black chamber.”

“We’re trying to be a support in a way that we really haven’t before,” Williams said. “We’re retooling, taking some time to fully revamp and come back as that funding organization that I think our business owners really do need.”

One of the ways the chamber plans to transform its model is by aligning with other Black chambers and organizations, such as the Greensboro Business League.

McCants, who once served as the statewide president of the Black Chamber of Commerce and founded The Black Pages USA in the 1990s, said the highest outcome of the organizations coming together would be generating the type of capital and revenue to grow and develop Black companies.

“We got to be able to compete, just like everybody else across the state and across the globe, quite frankly,” McCants said.

“We have a voice, and our intent is to make sure that we can enhance businesses to the point that we are creating opportunities, we’re creating employment, and we’re growing companies that can be sustainable for the next 50 to 100 years, but we need to have this business and economic ecosystem in order to do that,” he added.

A lobbying bloc, Williams said, is the goal of the groups coming together — one entity that can advocate directly for everyone.