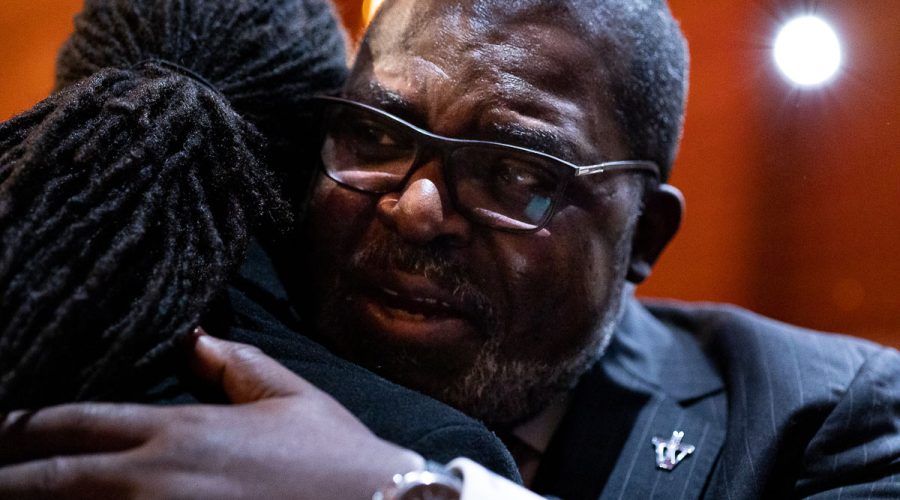 Reverend Dwayne A. Walker, of Little Rock A.M.E Zion Church in Charlotte, is running for bishop of the African Methodist Epsicopal Zion Church in 2024.

A bishop, Walker told QCity Metro, is the highest position in the AME Zion denomination.

Bishops are responsible for assigning pastors to churches, determining the direction of the denomination.

The church has more than a million members worldwide and is headquartered in Charlotte.

The road to running

Walker, who is on his third campaign, is running for one of four available positions that opened because three bishops are retiring and one bishop passed away.

He is running against 12 other candidates from around the country, and is one of two pastors to run from North Carolina.

If elected, Walker will assume his duties in 2024 and will be assigned to one of twelve episcopal districts, or regions, that, he says, may or may not be in Charlotte.

Positions open every four years at the general election conference which will be held in Greensboro, N.C. in July 2024.

Rev. Walker comes from a family of faith leaders, having had a grandfather and a father who were in ministry, and a brother who is currently a pastor.

In fact, Walker’s father was elected as a bishop in 1988 and retired in 2012. However, Walker said his father’s election had little influence on his decision to run.

Although he was not elected the first two times, his campaign approach has remained the same.

The first component of the approach is “God is glorified,” which emphasizes worship.

The second component is “Jesus is magnified.” This emphasizes evangelism, the spreading of the Christian gospel.

The third component is “people are edified,” which emphasizes the importance of Christian education.

The fourth component is “faith is fortified.” This pillar emphasizes prayer and using prayer to fight spiritual battles.

Once these components are fulfilled, Walker says, the fifth component, “ministry is multiplied,” comes as a result and indicates a healthy and growing church.