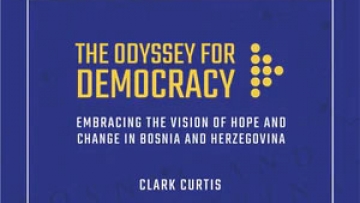 In 2018, Mirsad Hadžkadić of the College of Computing and Informatics (CCI) decided to run for the Bosniak presidential council seat in Bosnia and Herzegovina. While he was not victorious in that year’s election, Hadžkadić succeeded in spearheading a democratic movement, resulting in the formation of the Platform for Progress political organization.

The recently published work, “The Odyssey for Democracy” by Clark Curtis, chronicles Hadžkadić’s efforts to build a political campaign during a five-month period with limited funding.

Hadžkadić, a professor of software and information systems, is director of CCI’s Complex Systems Institute. During his 30-plus year tenure at the University, he served as the founding dean of the College of Computing and Informatics and founding executive director of the Data Science Initiative.