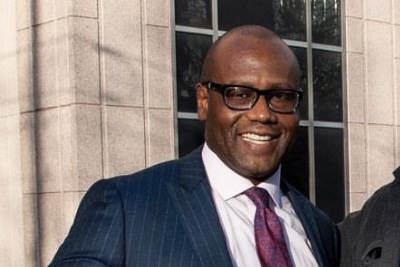 Lewis will leave his position on Nov.30 to “pursue a private sector,” he said.

“I am proud of the great work we achieved and that we showed up for the community every day,” Lewis said in a statement. “I am so thankful I had the privilege to make CATS and every employee a part of this chapter of my life, and I am excited to cheer on CATS as I continue to be a part of the Charlotte community as a transit advocate and rider.”

Lewis took over the position in 2015. Under his leadership, CATS went through a significant stage of growth to construct the LYNX Blue Line Extension, expand existing light rail platforms, and advance the City LYNX Gold Line Phase 2 into construction.

The organization has also faced criticism for transportation safety concerns and recent service reduction cause by staff shortages.

“John has been a dedicated member of the City of Charlotte team and he’s passionate, and he’s a great advocate for transit, the community, and the people we serve,” City Manager Marcus Jones said. “I thank him for his time with us and his service to our community, and I wish him the best in his next professional endeavor.”

Assistant city manager Brent Cagle will serve as the interim CEO of CATS while the city goes through a nationwide search, Jones said.

The city plans to continue its mission to update transportation infrastructure in Charlotte, most notably with a new transportation center in Uptown.

“I am comfortable and confident that we can continue to move in the direction that we’re in,” Jones said.