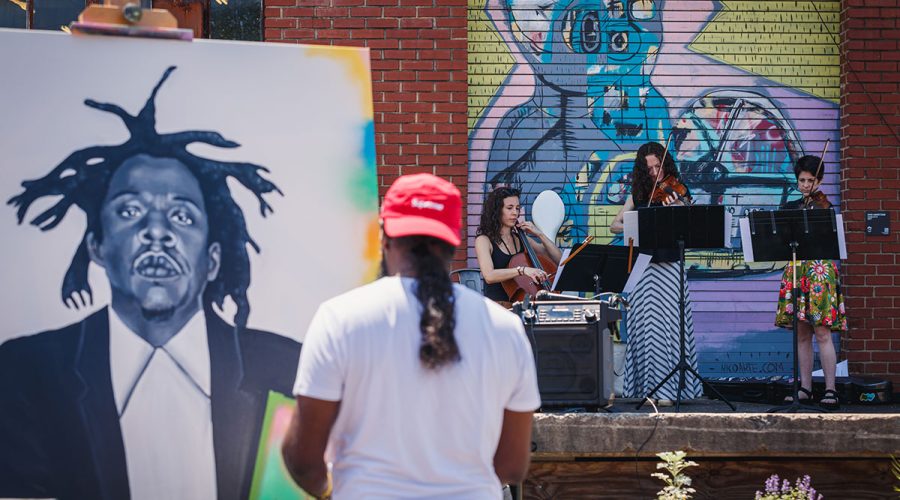 BOOM Charlotte will return to its full scale after a two-year hiatus next spring. The festival currently has an open call for local talent to participate in the 2023 experience.

What started as six local artists sitting around a table to plan a small festival has grown into an event that draws in thousands. One of the original planners is the founder and executive director of BOOM Manoj P. Kesavan.

“It is one of the large events that in a way kind of reflects Charlotte’s true demographic of diversity,” said Kesavan.

BOOM is strongly centric on showcasing artists of color, as evident by previous events. The last festival showcased talent that was mostly made up of Black artists.

BOOM is unlike some other local festivals in that it is created, planned, and run by artists, including Kesavan who is a former architect. According to the website, the festival seeks to “transform the way arts and culture are created and shared in Charlotte.”

BOOM does this by encouraging creativity and fostering connection between various types of local artists.

Artists participating in the festival come from various mediums like dance, spoken word, and theater. The festival largely focuses on visual arts and performances.

The performances are divided into two categories: BOOM Fringe and BOOM Intersection.

Fringe is primarily made up of performance art like dance and spoken word while Intersection is mostly visual art that includes chalk art and live mural painting.

BOOM Intersection is free to attend and includes interactive installations while BOOM Fringe requires a ticket purchase. Artists can submit to participate in Fringe now through Dec. 2nd and Intersection now through Jan. 31.

According to Kesavan, around 10,000 people attended the last BOOM Festival. Kesavan said the event provided exposure for the community at an “unprecedented scale.”

“There are so many artists’ things you see at BOOM, where you come in, that you won’t see anywhere else,” said Kesavan.