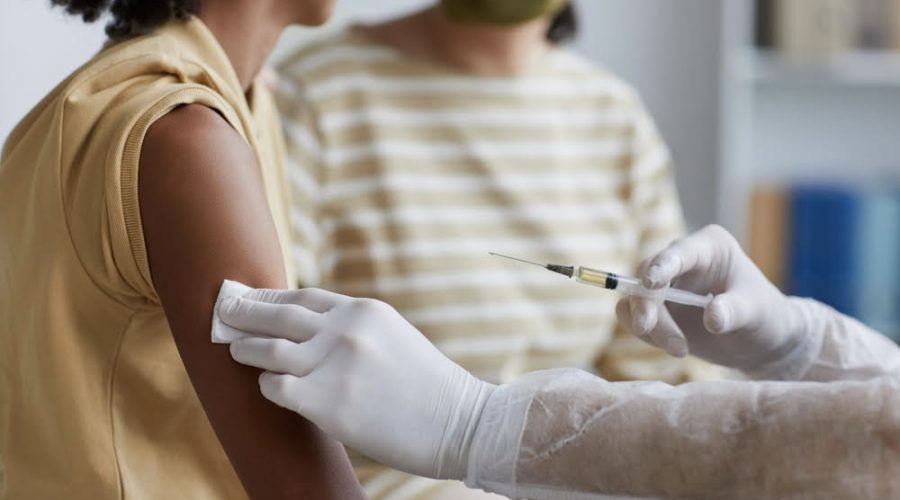 Flu season is here and vaccinations are increasing, but a new report finds that Black people are less likely to participate in flu vaccines — and more likely to be hospitalized.

According to a report by the Centers for Disease Control (CDC), citing data from 2009 to 2022, Black adults are almost twice as likely to become hospitalized with the flu as white or Asian adults.

Since 2009, flu-related hospitalization rates for Black people have shown to be 80% higher than those for white people.

Hospitalization often occurs due to serious flu complications that can even become life threatening. Contributing factors include pre-existing health conditions like asthma, diabetes, obesity, and other chronic conditions.

Black and brown people, generally, get the flu vaccine at lower rates – around 40% – while the overall national average is closer to 50%, the CDC reports.

The CDC attributed “distrust” and a “lack of access to health care and insurance, missed opportunities to vaccinate, and misinformation” for the low number of flu vaccinations among the Black community.

“Flu vaccines are the best way to protect against flu and its potentially serious complications,” said Debra Houry, the acting principal deputy director at CDC. “Improving access to and trust in flu vaccines among people is critical to help reduce inequities.”

What to expect this flu season

Answers have been edited for brevity and clarity.

What should we expect the flu season to look like this year?

So far, we’re just kind of treading along. Typically for flu season, nothing is really more severe than usual, but the truth is we have Covid out there.  We now have two respiratory illnesses that are very common to obtain and easily transmittable.

Do you expect things to get worse as we get into the winter months?

We are a little concerned that it might be a bigger wave of influenza this winter.

This is notoriously the time of the year where it starts picking up. It’s usually November, December where the rates start increasing. We see a surge in January, historically, but that’s been variable year to year.

The fact that I’ve already had a few flu cases here in the office in the past two weeks is definitely a little worrisome to me. The current rate could linger on like this for a couple more weeks before it actually starts spiking. It’s too early to tell, but it’s definitely alarming.

African-Americans have been known to be against taking flu vacccines. Is there a growing concern within Atrium about this?

I typically see more infections, or a slightly higher complication rate, in the black community. I haven’t seen anything yet because it’s two weeks in to the flu season.

Do you think people are overlooking the flu because Covid numbers have died down?

That was my fear. I’ve definitely heard people voice that they don’t think Covid is as big of a concern. I just have to remind them that we’re not out of the woods.

How would a person know if they have Covid or the flu?

There’s really not a very good way to identify it from a patient subjective perspective. Both of the symptoms just overlap so much. It’s hard to know if you could have one or the other, or both. The only way to really find out is to be seen by a provider and undergo testing.

I get the standard, “No, I’ll never do that” kind of comment when it comes to flu vaccination. I try to educate. But for the most part, when we bring up the influenza vaccine, the vast majority of my patients have become more willing to get it.

During Covid, there was a major gap in Black and brown people getting the vaccine compared to and white people. With coordinated efforts to bring vaccines to Black and brown communities, that gap lessened. Do you see that happening with the flu shot?

I’m an optimist at heart. With Covid still being prevalent, it seems like the perspective of medicine changed.

A vast majority of people are more aware of vaccines and the benefits of vaccines in general. That makes me a little more hopeful that we wouldn’t require [the same effort]. Though if we begin to have a pretty big surge of influenza, I could see those actions being taken.