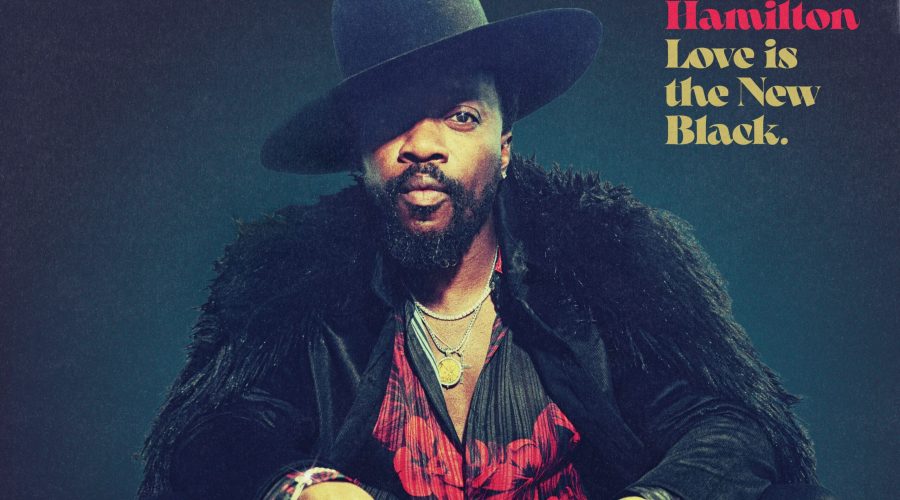 With his first album in five years, Anthony Hamilton is back to love, quite literally, with his tenth studio album, “Love Is The New Black.”

The 14-track record will be the flagship release under his own label, My Music Box, in partnership with BMG, featuring appearances from Jennifer Hudson, Lil Jon, Rick Ross and a George Floyd-inspired song, “Mama Don’t Cry.”

After almost two decades in the industry, dozens of awards and millions of records sold, Hamilton is a bonafide Southern, soul superstar. Now at age 50, he is looking for new stages to conquer. Hint: Acting.

We caught up with the Charlotte native to talk about his new music, being pigeon holed and why he’s so respected.

Q. In a world where some people say R&B is dead, you’ve managed to stay relevant and also maintain a certain cachet that has eluded many others who’ve come and gone. What’s the secret?

Anthony Hamilton: I think the fact that I don’t oversaturate myself, that when I do surface, the music is quality, it’s deep, It’s got a lot to offer — and the fact that, you know, I’ve been connected with a lot of great greatness, like Al Green, Carlos Santana and Shirley Caesar. There’s a mystique, like, What is it about this young guy that these older legends see in him? So people want to know more about me, and though I put a lot in my music, there is still the unknown that people are curious about.

Q. When your name is brought up, you get a lot of respect — benefit of the doubt, in a sense, that other artists or celebrities in general don’t always get. There are those that do, and I feel like you are one of them. Why do you think that is?

AH: I think it’s the way I carry myself on and off the court. I think people see a guy who works hard, works for a living, always with his family and his kids. And so there is a respect that comes along with that. Just being kind to people. I’m always kind, I’m always open to have a conversation, hear your story, take pictures. I’m an around-the-way guy who really hit it off big but never left. I think people see the God in me. Although I’m not perfect, but the core of who I am is definitely about being good to people and being good to self.

Q. You appear to deal with fame really well. Have there been challenges over the course of your career, in terms of being an entertainer and being famous?

AH: Absolutely. Your privacy, it doesn’t belong to you in most instances. You have to find time to make privacy and have that space to go in and rejuvenate and reboot. Sometimes its hard to find that place of solitude.

Q. Your latest album, “Love Is The New Black,” what distinguishes this one from all of your other projects?

AH: I think there’s been such a growth in terms of the man, my inner man, and just the confidence I have in telling the story now. It’s not like, “Oh my God, I don’t know what they’re going to think.” It’s just like, “No, this is who I am. I have arrived. These are the stories. These are the things that have made me happy, sad, hurt,” and I’m okay with it. And my voice, my voice has changed some. There is a growth even in my tone. It’s a bigger tone, fuller tone. I’m saying it differently, even my intentions are more intentional.

Q. What’s some of your favorite songs from this album?

AH: Definitely “Superstar,” featuring Jennifer Hudson. That’s one of my favorites. It’s such a beautiful rendition, and it pays homage to the late, great Luther Vandross. I love “Coming Home.” It’s such a sexy record by Jermaine Dupri. And “I Thought We Were In Love.” It’s got that old Harold Melvin & The Blue Notes-type of vibe. And “I’m Ready,” featuring Lil Jon, and the one with Rick Ross. So I’m excited.

Q. You have a ton of notable features on your album. Were the collaborations intentional, or did it just come together that way?

AH: I did want to collaborate with more people, but I also wanted it to make sense. So there are some songs that didn’t make this album that I have collaborations with that will make the next album. You know, John Legend is definitely on the next album, Ty-Dolla, Jacquees. So, you know, sonically, these just paired up better together. You best believe those other ones are coming immediately, and it won’t be three years — less than two.

Q. So in less than two years you are planning another album?

AH: Immediately. You got to get it while the iron is hot.  Okay. So let’s put two years. You’re planning another album. Immediately. Okay,

Q. As an entertainer you travel, you tour. What do you do when you’re home? I’m assuming Charlotte is home?

Q. What do you do for fun? What are you watching or listening to?

AH: You know, sometimes I just like it quiet. I might not even turn the TV on. A lot of times I don’t, even in my hotel, but when I’m home and I do decide to watch TV, I like the “Godfather of Harlem.” I’ve been checking out BMF, the BMF series. I like to watch cooking shows, anything comedy. And what I listen to is an array of music — I go from anywhere from Nina Simone to Moneybagg Yo, Yung Bleu to H.E.R., and then I might play Liberace or spa music. I’m all over the place. I love it.

Q. Being the type of singer that you are — soul — and the style that you’re known for, do you ever feel pigeonholed or put in a box?

AH: Absolutely. I think as a brand, people only give you a certain amount of space to recreate what they fell in love with, or to try something different. They always want me to make “Charlene” over and over and over, and that’s not going to happen. So, yeah, but you get to a place where you’re like, they’re going to be who they are and want what they want. And you just have to be able to do it in a way that they don’t notice.

Q. With 2022 right around the corner, what do you have planned for the next year? What’s on the horizon?

AH: New talent, coming through My Music Box, my label with BMG — to release talent and artists that I think have what it takes to be the next big thing. And just creating movies, content, writing movies, scoring movies and acting.

Q. Is Hollywood and the film world something you’re focusing on?

AH: Absolutely. I’ve always been intrigued by the film industry. I’ve been in a few movies. I’ve been in “American Gangster,” “Best Man Holiday.”

Q. Those roles were mostly cameos. Are you now seeking to be the leading man in films?

AH: Absolutely, if it’s necessary. I’d like to play a role where my role is absolutely amazing, whether it’s the lead role or the supporting role.

Q. Obviously, with you being a singer, biopics are a possibility. Is that something you can see yourself doing, and if so, who would you like to play?

AH: I did something for Otis Redding’s family. I did a little something just to celebrate him and his legacy, and I think we’re going to talk a little bit more with his estate about what they’re looking to do. I can see myself playing Otis Redding.